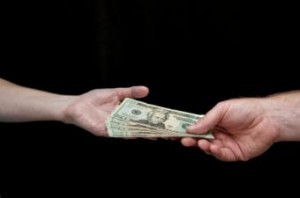 The Consumer Financial Protection Bureau (CFPB) hears from hundreds of borrowers everyday about the impact that student loan debt has on their daily lives, according to a recent report from the Bureau. Specifically, they cite that the debt continues to acutely affect students of color.

The Bureau states that Great Recession hit African-American and Latino communities the hardest, with many families seeing their net worth nearly cut in half. This, combined with the rising cost of tuition and fees at public colleges and universities, and the large numbers of students of color enrolled in for-profit schools, has made a big impact on the amount of debt that these students and their families have taken on to finance their higher education. The report states that recent research also further underscores the disproportionate impact of student debt on communities of color.

“Student debt has become a crushing burden for American families, and minorities in particular,” says Rep. Maxine Waters (D-California). “The fact that African-American and Latino students leave college with far more debt than their white or Asian-American peers only exacerbates the already unacceptably large racial wealth gap that exists in America today. These disparities are the result of decades-long economic barriers that make it harder for minorities to get ahead. That’s why it is so critical that we have an agency like the Consumer Financial Protection Bureau that can help identify and address these systemic problems.”

Student debt though, according to the CFPB spills into other financial sectors for these borrowers, hindering their ability to be economically mobile. The Bureau states recent reports have also further confirmed what they have already reported on saying student loan debt also has the ability to drive income inequality.

Additionally, in considering the declining homeownership rate as well as the increasing rental market, a recent report from CoreLogic says that the growth of student loan debt is likely an important factor preventing young borrowers across the board from saving for a down payment to buy a home therefore attributing to their rental status continuing for a longer period of time.