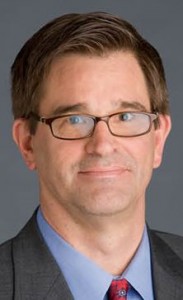 Doug Duncan serves as the SVP and Chief Economist at Fannie Mae and he is responsible for forecasts and analysis of the economy, housing, and mortgage markets. He also oversees strategic research on the potential impact of external factors on the housing industry.

Under Duncan’s lead, Fannie Mae’s Economic & Strategic Research Group won the NABE Outlook Award, presented for the most GDP and Treasury note yield forecasts in both 2015 and 2016—the first recipient to be honored two years in a row.

Duncan was named one of Bloomberg/Business Week’s “50 Most Powerful People in Real Estate.”

He recently sat down with DS News to discuss how buyers can take advantage of the low-inventory environment, the impact student debt is having on housing, and how a recession could impact millennials coming into the housing market.

The evidence we saw was that people were buying [homes] at a point in time when they had amortized enough of it [student debt] so that their debt-to-income ratio wasn't an issue. Simply because you have student debt doesn't necessarily mean that you can't get a mortgage. There is a significant cohort of folks for whom that's not an issue.

However, if you've got the student debt and you didn't get the terminal degree, that's a problem. Our data has found that those folks with student debt and no degree have less probability of being a homebuyer than people who never went to college and have no student debt.

How will millennial homebuyers be impacted if we do see another recession or economic downturn?

This cohort of young people is the most conservative we've seen in a long time. Fannie Mae has data that shows the share of millennials paying more than 30% of their income for their housing is much lower in the past, which means they'll be more resilient to a downturn. Their debt-to-income ratio is lower than previous cohorts would have been. So that on the credit side is a real positive.

Millennials are an incredibly credentialed group when it comes to education, making them employable even in a downturn. So, they might be in okay shape. If unemployment rises, house prices are not going to be going up as rapidly and demand may be reduced because of the rise in unemployment. The Fed is going to ease and interest rates will fall. With slowing house prices and lower interest rates, if you're still employed, it could be a pretty good time to buy a house.

You might get some slowdown in markets where there’s shipping. That is related to imports and exports. In a recession, energy demand would probably fall, so you might get some impact in energy-rich regions which could see a decline in [home] prices.