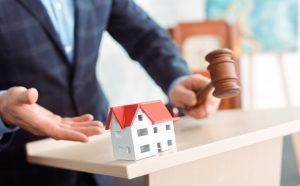 In another new sign of the times, roughly 64,000 home-purchase agreements fell through in August 2022 according to Redfin, a number equal to 15.2% of all homes that went under contract that month.

The percentage of backouts has now hovered around 15% over the last three months and is at its highest rate on record, with the exemption of March and April 2022, when COVID-19 was beginning to ravage the country. In pre-pandemic times, the backout rate averaged a consistent 12%.

But some locations—mainly in the sunbelt— saw buyers pull out in record numbers as those cities surged in price early in the pandemic. The areas least likely to back out of a purchase are in expensive coastal hubs, where housing is roaring back after the pandemic.

In a way, a slowing housing market is good for buyers because it allows them to “bow out” of deals because it often means they don’t need to waive important contract contingencies in order to compete like they did during last year’s frenzy. 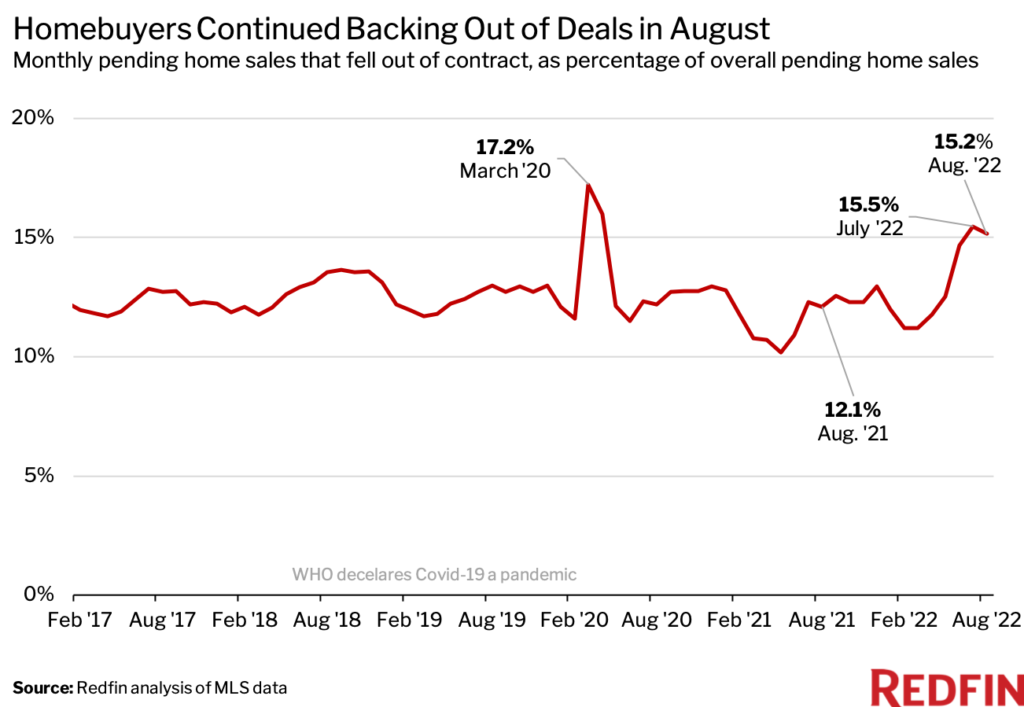 “House hunters today are taking their time and exploring their options, whereas six months ago, they had to act quickly and pull out every stop to compete because homes were selling almost immediately,” said Tzahi Arbeli, a Redfin real estate agent in Las Vegas. “Homebuyers now will agree to buy a house and be doing the inspection, and then back out because they found another home they love more.”

According to Redfin, surging mortgage rates may also be a factor. The average 30-year-fixed mortgage rate hit 6.29% last week—the highest since 2008—sending the typical homebuyer’s monthly mortgage payment up 45% from a year ago.

“Some homebuyers are finding that by the time they go under contract and lock in their mortgage rates, rates could be much higher than they were when they toured the home and/or got pre-approved. That can kill the deal because the buyer is no longer financially comfortable with the purchase,” said Sam Chute, a Redfin real estate agent who works with sellers in Miami. “I advise sellers to price their homes competitively based on the current market because deals are falling through, and buyers are no longer willing to pay pie-in-the-sky prices.”

Click here to see the report in its entirety, including breakdowns for top metropolitan areas.