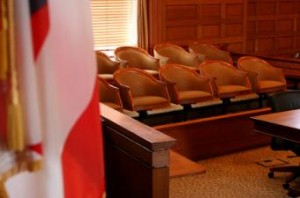 [1]A federal judge earlier this week dismissed a bid by Wells Fargo Bank [2] and Citigroup [3]'s mortgage unit to have a lawsuit against them thrown out accusing the lenders of violating federal law by inaccurately reporting information about short sales to credit agencies, subsequently hurting consumers' chances of obtaining loans.

U.S. District Judge Janis Sammartino ruled that consumers had provided enough facts to support their claims against Wells Fargo and Citigroup, and that the two lenders must face trial over the claims.

The lawsuit alleges that the two lenders reported short sales, which are sales of homes at risk of foreclosure for less than the balance of the mortgage, as foreclosures or bankruptcies to credit agencies when updating consumers' reports and then failed to correct the mistakes. According to the lawsuit, Citi and Wells used the wrong code to report the short sales to credit reporting agency Experian.

The lawsuit seeks class action status and was filed on behalf of John Shaw of Alpine, California, and other consumers. The suit accuses the defendants of violating the U.S. Fair Credit Reporting Act.

Wells Fargo spokesman Tom Goyda said regarding the case, "Wells Fargo is prepared to present its arguments in court." Citi spokesman Mark Rodgers said, "We deny the allegations and believe the case is without merit." Experian could not immediately be reached for comment.