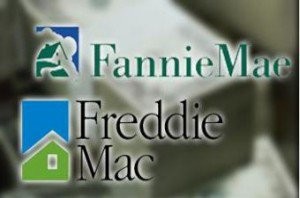 “FHFA uses a risk-based approach to conducting supervisory examinations, which prioritizes examination activities based on the risk a given practice poses to a regulated entity’s safe and sound operation or to its compliance with applicable laws and regulations,” FHFA stated. “FHFA conducts ongoing risk analysis, on-site examinations at the regulated entities, and off-site review and monitoring.”

Additionally, FHFA communicates supervisory standards to the GSEs and the FHLBanks and establishes expectations for strong risk management. FHFA identifies risks and requires remediation of the deficiencies identified.

FHFA’s second strategic goal is to foster liquid, efficient, resilient, and competitive national housing markets through the agencies it regulates while ensuring the safety and soundness of those regulations.

“To achieve this goal, FHFA will work to ensure liquidity and promote stability in the housing finance markets and expand access to housing finance to all qualified financial institutions and qualified borrowers,” FHFA stated.

Among the actions FHFA plans to take in order to achieve the second strategic goal are developing policy recommendations and a final rule that support the GSEs' Duty to Serve manufactured housing, affordable housing preservation, and rural markets; developing an approach and framework for FHFA's annual evaluation of the GSEs' Duty to Serve performance in the three underserved markets which the rule identifies; and monitoring access to mortgage credit.

A third strategic goal for FY2017 is to preserve and conserve the GSEs’ assets for the benefit of taxpayers while reducing the risk to taxpayers while the GSEs remain in conservatorship, which recently just passed its eight-year anniversary. Another part of this strategic goal is to build a single-family securitization structure for the GSEs.

FHFA continues to transfer a substantial portion of the credit-risk on single-family loans to private investors through programs such as Structured Agency Credit Risk (STACR) for Freddie Mac and the Connecticut Avenue Securities (CAS) series for Fannie Mae. Through various credit-risk sharing programs, the GSEs have transferred a significant portion of the credit risk on more than $1 trillion in single-family loans.

The Single Security is a joint initiative of the GSEs under the direction of FHFA to develop a single mortgage-backed security issued by the GSEs to finance fixed-rate mortgage loans backed by single-family properties. The CSP is a technology and operational platform developed by Common Securitization Solutions (CSS), a joint venture of the GSEs, that will perform many of the core back office operations for the Single Security. The 2016 Conservatorship Scorecard for the GSEs and CSS call for the implementation of the first use of the CSP software in 2016 (known as Release 1) and for the GSEs to begin using the CSP to issue Single Securities in 2018 (known as Release 2); FHFA reported in June 2016 that the GSEs and CSS expect to meet those goals.

Freddie Mac reported in August 2016 and again in the FY2017 APP that it expects to issue fixed-rate mortgage-backed securities by the end of this year.

Previous: What is the Future of Freddie Mac’s Risk Transfer Policy?
Next: Back from the Brink: Treasury Celebrates Housing Recovery