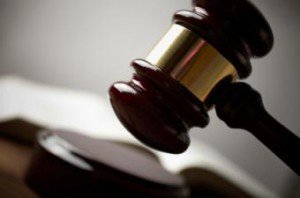 This week the 11th Circuit Court of Appeals ruled in Failla v. CitiBank that debtors who file a statement of intention to surrender property in bankruptcy cannot later contest a foreclosure action, and bankruptcy courts have broad power and authority to sanction violations.

The U.S. Court of Appeals for the 11th Circuit’s ruling eases foreclosures in that circuit because, first, it means that a debtor who discharges mortgage debt by surrendering property can’t oppose creditors who then try to foreclose in state court, and second, it speeds that process. Specifically, bankruptcy courts can order debtors who surrender property to drop their opposition to foreclosure.

According to a report from Bloomberg BNA, this case involved husband and wife David and Donna Failla, who defaulted on their mortgage in 2009 and subsequently filed for bankruptcy in 2011. The couple then agreed to surrender their house to discharge the mortgage debt, but fought Citibank's foreclosure proceeding in state court. The bankruptcy court, on Citibank's motion, ordered the Faillas to surrender the property, and, likewise, a district court affirmed.

One of the points the Faillas argued was that they only needed to surrender to the bankruptcy trustee, but the 11th Circuit did not agree and thus upheld both lower courts’ decisions. The Court said that indeed the Faillas have to surrender the property and drop their efforts to stop foreclosure. The Court also said that a “debtor who promises to surrender property in bankruptcy court and then, once his debts are discharged, breaks that promise by opposing a foreclosure action in state court has abused the bankruptcy process.” Furthermore, the Court noted that bankruptcy courts may compel debtors not to fight foreclosure.

According to a release from CitiBank’s representation, John R. Chiles and Jonathan M. Sykes of Burr & Forman, the 11th Circuit’s opinion in Failla affirms a rapidly developing line of cases in bankruptcy and state courts in Florida holding that a debtor who surrenders real property in bankruptcy cannot defend foreclosure in state court.  Debtors who wish to discharge the personal liability for mortgage debt will also lose the right to contest a foreclosure action, and bankruptcy courts are authorized to sanction debtors who fail to comply.

Previous: Meet the Winner of Fannie Mae’s Community Impact Pools
Next: Industry Law Firms Looking to Diversify For the Benefit of Servicers