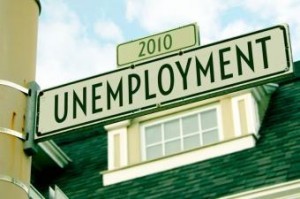 Analysts praised the September Employment Summary from the Bureau of Labor Statistics (BLS) despite another month in which job gains fell slightly below expectations.

In all, 156,000 jobs were added during September, which fell short of predictions by about 20,000, according to Thomson Reuters. The unemployment rate ticked up to 5.0 percent and average wage growth for hourly employees bumped up by six cents from August up to $25.79.

An upward revision for August’s job total and a downward revision to July’s resulted in a combined total of 7,000 fewer jobs created for those two months—but the monthly average job gain total for July through September is still close to 200,000 (192,000).

The industry may be experiencing some déjà vu with the average monthly job gains for July through September, since they were basically the same for the same period last year, but will September’s Employment Summary deter the Fed from raising the short-term interest rates for the first time since December? Not likely, but September’s employment data is both positive and negative for housing, according to one economist.

“Today’s numbers were strong enough to keep a rate hike from the Federal Reserve likely before the end of the year, and we are already seeing mortgage rates move in that direction,” Realtor.com Chief Economist Jonathan Smoke said. “That’s both bad and good: Higher mortgage rates will make buying a home more expensive, but they will also likely make home loans accessible to more prospective buyers—a problem that has plagued the market for years. The current level of job creation should lead to continued strong household formation, which will keep demand for homes high. And as long as rates move gradually, consumers will be able to mitigate some of the effects of the rate uptick by shifting to a different mix of shorter fixed-rate term products and buying discount points.  In the short term, demand could be boosted by those consumers most concerned about higher rates moving up their plans.”

According to Fannie Mae Chief Economist Doug Duncan, the employment data might not stop the Fed from voting to raise the short-term interest rates this year—but other economic conditions might.

“Interestingly, the three-month average gains in both nonfarm payrolls and private payrolls were exactly the same as those in September 2015, a couple of months before the first rate hike this cycle,” Duncan said. “While labor market conditions by themselves are not a hurdle for the Fed to raise the fed funds rate this year—something Fed officials said they want to do—several weak spots in the economy and the lack of inflation pressures may curb the Fed’s enthusiasm. Businesses are struggling with declining profits and lackluster productivity growth, and housing seems to have hit a soft patch, with residential investment likely posting a second consecutive quarterly decline last quarter despite positive labor market and mortgage rate trends. The labor report did include an increase of 23,000 construction jobs and a 3.4 percent annual gain in construction wages, suggesting a coming improvement in housing supply.”

Cleveland Fed President Loretta Mester, a voting member on the Federal Open Market Committee (FOMC), the monetary policy-making arm of the Fed, said on CNBC’s Squawk Box that the September Employment Summary is a “solid labor market report. . . This is very consistent with what we expected to see."

The next FOMC meeting will conclude November 2, which will be followed by the Committee’s final meeting of the year on December 14.

Click here to view the complete September Employment Summary from the BLS.