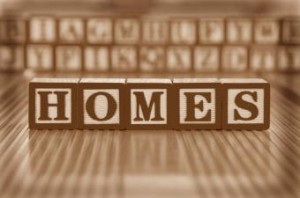 The decline in the U.S. homeownership rate has been well-documented over the last couple of years; in the second quarter, the rate fell to a 51-year low of 62.9 percent.

The homeownership rate is not declining for everyone, however. There is one group that is grabbing an increasingly higher share of the American Dream of homeownership.

According to Trulia, the gap is closing between the homeownership rate for immigrants (U.S. residents born outside the country) and the rate for domestic-born residents. The disparity in homeownership rate between immigrants and domestic-born U.S. residents peaked in 2001 at 20.7 percentage points between the two rates but has narrowed considerably since then (15.7 percentage points in 2015).

Homeownership has long been viewed as a key to economic prosperity and building wealth. The closing disparity between the two and the fact that the homeownership rate is higher for immigrants than it was two decades ago indicates that immigrants are building more wealth and contributing more to the economy, according to Trulia.

“This is likely due to the fact that immigrants who lived in the U.S. less than five years do not have adequate credit history in the U.S. to obtain a mortgage, which forces them to rent rather than own,” said Mark Uh, data scientist with Trulia. “Thus, those states with a greater proportion of foreign-born having lived in the U.S. for longer durations saw higher rates of homeownership.”

Previous: Top 10 States for Foreclosure
Next: Wells Fargo: Q3 Earnings Calm in the Midst of the Storm