How Will Housing Struggles Impact the Presidential Election? 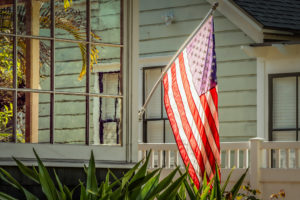 There is no denying that the pandemic has altered Americans’ lives and is likely to impact their voting behaviors in the 2020 presidential election.

As the election draws nearer, many people are still deciding whether or not they will cast their ballots. Recent data released by Apartment List shows that difficulty paying housing costs--a common problem Americans are facing due to the pandemic’s economic consequences-- will be a key factor in determining whether or not some people will vote this year.

According to Apartment List, “31 percent of renters failed to make a complete on-time payment of their rent bill” in the first week of October. Homeowners are also still struggling to make payments on their mortgages. In the first week of this month, 71% of homeowners were able to meet the payment due dates. This is a slight decrease from the 73% of homeowners who were able to pay housing bills on-time in September.

However, only 8% of homeowners were unable to make a full mortgage payment by the end of September. Overall, homeowners are still more likely than renters to complete their payments by the end of the month.

Among homeowners who did have unpaid housing bills, 60% said they were planning on casting their ballots. The survey showed that 48% of renters who were behind on housing bills said they would vote this year. This shows a huge decrease in potential voter turnout among both homeowners and renters who are unable to make their housing payments.

The data indicates that renters who are behind on payments are the least likely of all of those surveyed to vote this year. Research also shows that Black, Hispanic and Asian renters have been the most heavily impacted by the pandemic in terms of whether or not they are able to pay rent. According to the study, COVID-19 “may be exacerbating long-standing inequities in housing security.”

Research shows that missed housing and rent payments are common all over the political spectrum. Those who have not fallen behind on housing payments are “more likely to vote regardless of whether they report leaning Democrat or Republican.”