Black and Latino Homeownership Rates Rise in Nearly Half of U.S. 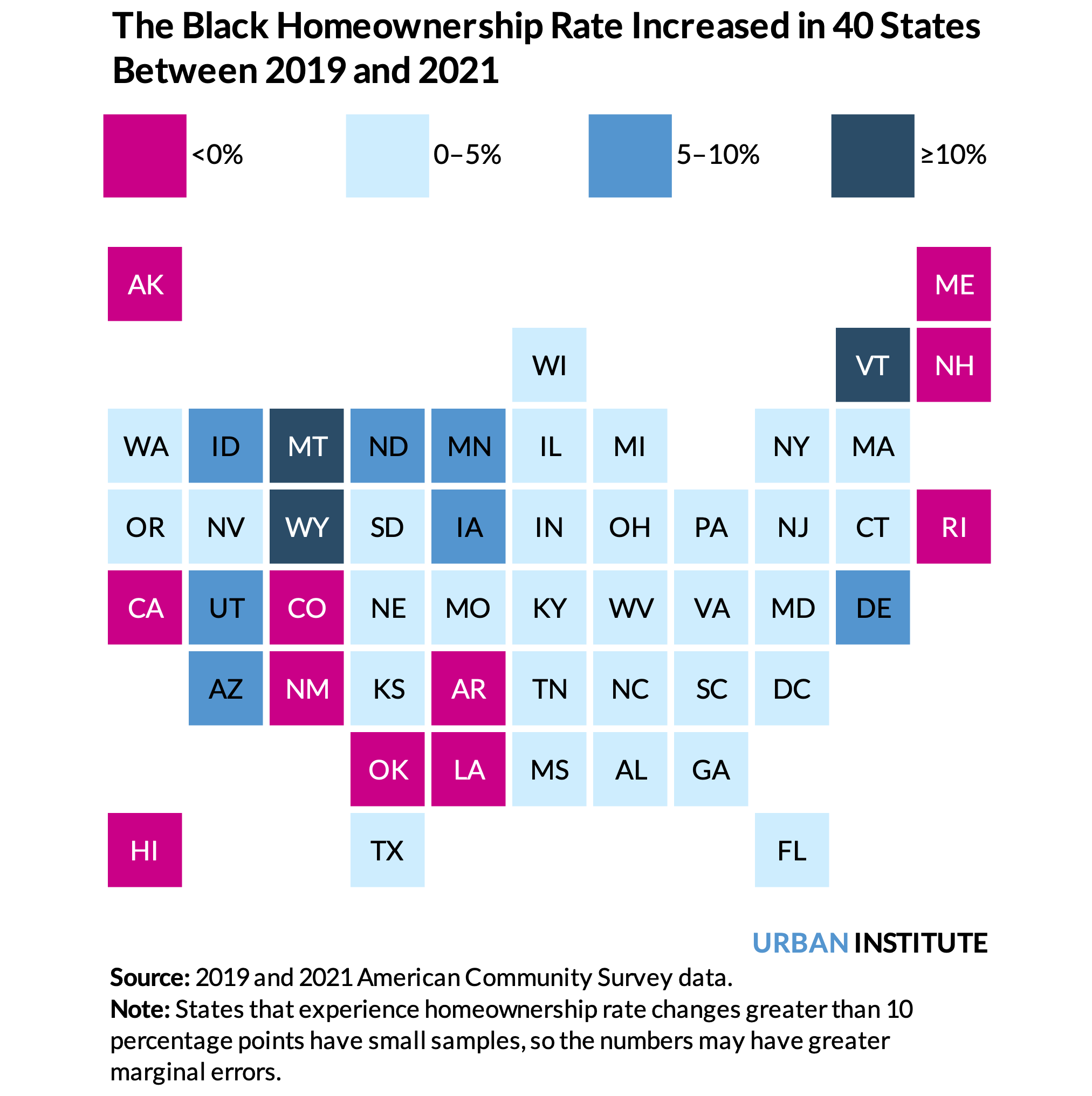 The Black homeownership rate increased in most states 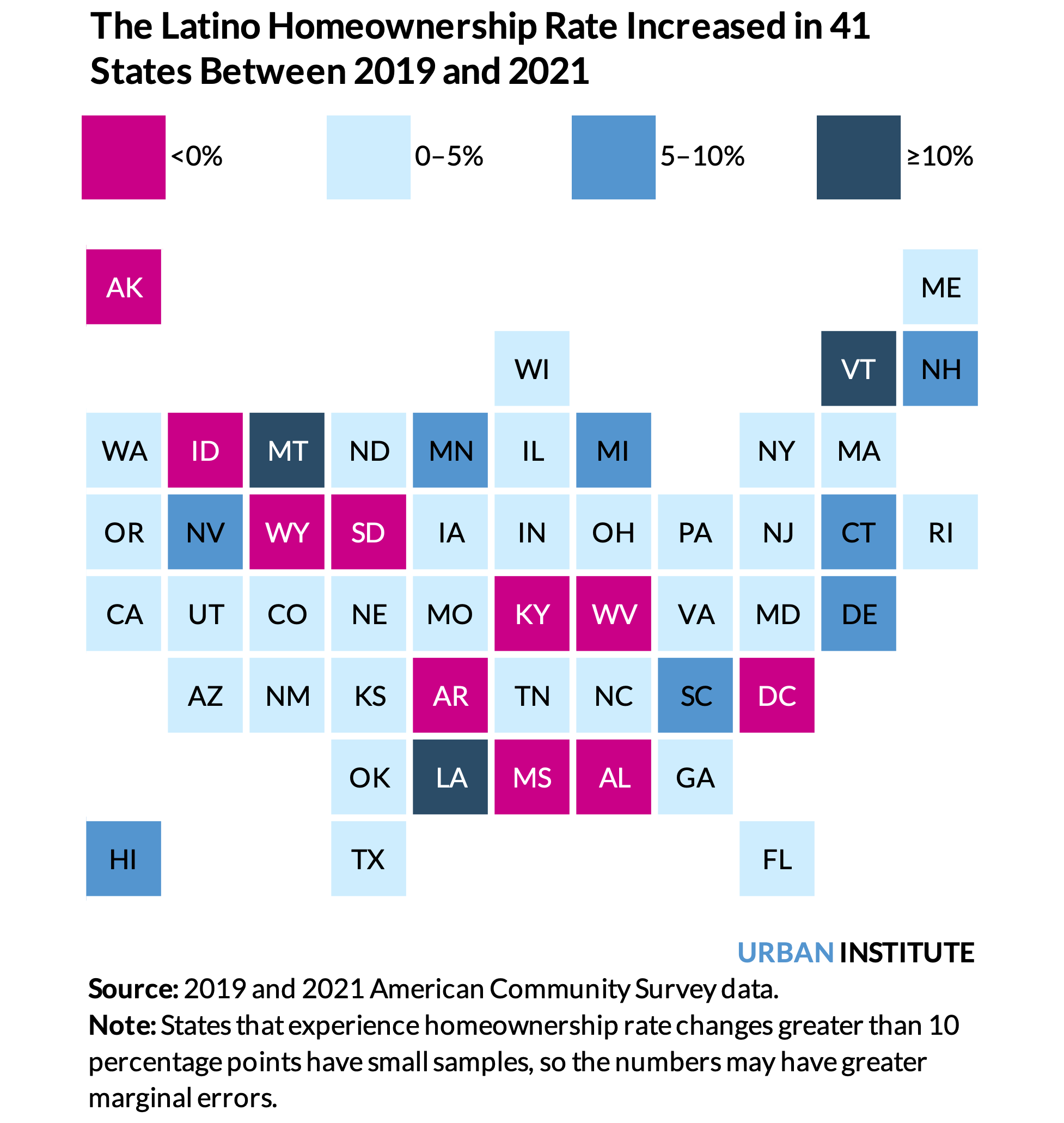 But quickly changing market conditions could impede this positive trajectory. Despite signs of a slowdown, home prices remain high and mortgage interest rates have more than doubled from last year, making homeownership less affordable, especially for Black and Latino households who, on average, have lower incomes because of structural barriers. Rising rent is also making it more difficult to save for future down payments.

Research shows that homeownership transfers from parents to children. Those with wealthy homeowner parents—who are disproportionately white—are most likely to receive financial support and help navigating the complicated homebuying process. A well-targeted down payment assistance program, special purpose credit program, outreach, and counseling are among solutions that can reduce the racial homeownership and wealth gaps.

Additionally, the state-level differences suggest policymakers should consider different priorities in different places to reduce the racial homeownership gap. For example, in the Midwest and Mountain West, affordability is not as much of a concern, but decreasing outward mobility and making such places welcoming and attractive to diverse populations will be key. In Texas, Florida, and Georgia, states with large Black or Latino populations, improving housing affordability can go a long way.

The racial and ethnic homeownership gap narrowed for Black and Latino households relative to white households during the pandemic, but targeted and tailored policy supports are needed to ensure these gains don’t backslide.