Home / Commentary / The Future of Fannie Mae and Freddie Mac

The Future of Fannie Mae and Freddie Mac 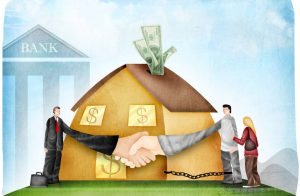 Don Layton, the Senior Visiting Fellow at the NYU Furman Center and the former CEO of Freddie Mac, has penned a new opinion piece for The Hill on what the future might hold for the two government-sponsored enterprises (GSEs) Fannie Mae and Freddie Mac.

According to Layton, the question “what should we do with Fannie Mae and Freddie Mac?” has been a constant question since the GSE’s came under the Federal Housing Finance Agency control after losing consumer confidence in 2008.

But even though they now fall under government control, the two companies remain the largest sources of mortgage credit, financing over 50% of the total of outstanding mortgages, valued at $12 trillion.

It was the position of the Obama Administration to wind the GSEs down and replace them with something new which wasn’t tainted by its old name, and that position was held to the end of the administration.

“It reflected that post-mortem analysis of the Great Recession showed how flawed the government-sponsored enterprise business model had become,” Layton said. “Fannie Mae and Freddie Mac went well beyond their congressionally-granted mission in order to pursue extra profit, took too much risk, benefitted heavily from a subsidy that officially did not exist, and had top executives focused too much on lobbying to protect subsidies and avoid robust regulation. It took nearly $200 billion of taxpayer money to bail them out.”

While both sides of the political spectrum came to a general agreement that the GSEs should be replaced, the big question was with what would they be replaced with. Many ideas were thrown around by lawmakers, government officials, and think tanks, but no proposal ever got anywhere close to being a solution; these efforts were also hindered by a constant stream of new information further revealing fatal flaws in the companies.

“It turns out that the core of the GSE business model—which protects the availability of the 30-year fixed-rate mortgage for the typical American homeowner—was really quite effective within the complex system of U.S. housing finance and unexpectedly hard to replace,” said Layton.

In response, the government has been directing the GSEs to implement major internal reforms to fix their business model to improve operations.

“For example, risk was cut dramatically by reducing the GSEs’ outsized investment portfolios and selling mortgage credit risk to institutional investors,” Layton said. “Newly-installed management focused not on lobbying but on quality customer service, improved technology, and proper safety and soundness. The GSEs led the way in treating troubled borrowers better through updated modification options and a natural disaster forbearance program. And all this was done within a strengthened regulatory envelope of safety and soundness.”

All of these changes seem to have worked: the latest official stress test revealed the GSEs would lose about $5 billion in a “severely adverse” economic downturn—down from $196 billion of loss they scored in their first stress test in 2013.

Even yet, the improved technology offered to the GSEs paid off in spades during the pandemic, as they were able to handle a three-fold increase in volume without missing a step, as employees worked remotely to stay within Covid-19 protocols.

“With the passage of time, the question of what to do with the two GSEs has, therefore, been answered: keep them in place, but with today’s reformed business model, which includes formalizing the existing utility-style price regulation to protect borrowers from being overcharged,” Layton said. “This general approach first publicly emerged about 2017 and has gained traction since, including because it has little risk of disrupting housing and mortgage markets. Realistically, there is simply no other approach broadly considered workable, other than keeping them under ‘temporary’ government control forever.”

“The shorthand for this approach is reform, recapitalize and release,” Layton continued. “The reforms are substantively already in place, and recapitalization began in 2019 when the GSEs were permitted to retain their earnings, which has so far grown their combined net worth up to $90 billion.”

“To make progress toward release, the Biden administration does not first need to develop a comprehensive plan; it just needs to take a few well-chosen steps. My suggestions would include revising the GSE regulatory capital requirement to more accurately reflect risk and setting the long-awaited fee to be paid by the GSEs to the Treasury for ongoing taxpayer support. Ideally, Treasury and the FHFA would also jointly begin planning further steps in what will be a complicated, multi-year process likely to take a minimum of 5 years.”

Concluding his piece, Layton said any action taken will likely face criticism from both sides of the political spectrum.

“It really is time, after more than 14 years, to stop kicking this can down the road.”

Previous: Black and Latino Homeownership Rates Rise in Nearly Half of U.S.
Next: By the Numbers: Consumer Default Rates