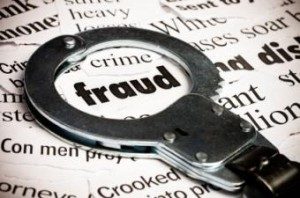 A Sacramento grand jury charged three people connected to a mortgage fraud scheme that allegedly stole more than $7 million from homeowners facing foreclosure across the state, according to The Mercury-News.

Steve Rogers, Robert Sedlar, and Audrey Gan, who allegedly operated a company called Grand View Financial, told homeowners that if they transferred their home and paid money to their company that Grand View would eliminate mortgage liens and transfer the home back to them.

The alleged have been charged by a grand jury with conspiracy, grand theft, elder abuse, filing false or forged documents in a public office, and other felony charges related to the charges.

According to The Mercury-News, the arrests were the result of a joint investigation by Becerra’s office, the United States Office of Inspector General, Federal Deposit Insurance Corporation, the Federal Housing Finance Agency, the U.S. Trustee Program, U.S. Marshals Service and El Dorado County District Attorney.

A report by CoreLogic from September found that mortgage application fraud risk decreased significantly in Q2 2019 from Q1 2019, according to the latest Mortgage Fraud Risk Index from CoreLogic. The Index fell from 152 to 132 quarter-over-quarter.

According to Bridget Berg, Mortgage Fraud Solutions Principal at CoreLogic, the decrease in fraud risk may be temporary, based on unexpected interest rate drops and an influx of low-risk refinance transactions.

“The absolute number of risky loans did not decrease but is part of a larger mortgage market for now,” Berg said.

Previous: Auction.com Appoints Mikhail Gaushkin as CMO
Next: The Cost of Trade Wars on Housing