Whatever Happened to Starter Homes?

According to the latest market analysis from Point2 Homes, entry-level—also called starter homes—homes are becoming scarce, due to the increasing cost of land, zoning restrictions, and skyrocketing costs for building materials. 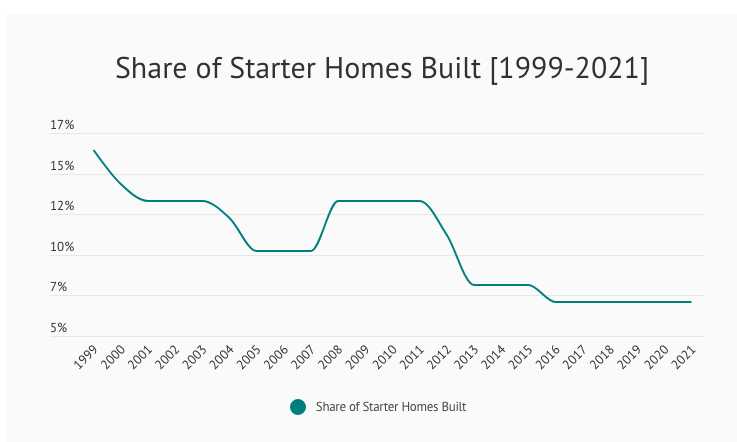 Further evidence that starter homes are vanishing is their changing definition. They used to be the small, affordable houses that a young or single person or family could buy in order to obtain homeownership. Now, they’ve come to represent the cheapest homes available in a market—or homes that fall within the 5th to 35th percentile price range. Data also revealed that downsizing baby boomers, second homebuyers, and property investors are in direct competition with first-time buyers for starter homes.

Scarce inventory also poses a challenge, with rapidly rising prices and interest rates having even more serious consequences. To gauge the effect of the mortgage rate hikes on affordability, Point2 analysts reviewed data on the median price of a starter home and renter households’ median incomes in the 50 largest U.S. cities.

For instance, in San Francisco, the average renter household made $100,715, but the amount a first-time buyer would need to comfortably cover mortgage payments was $251,190. This means that San Francisco renters are $150,475—or 60%—short of obtaining homeownership. 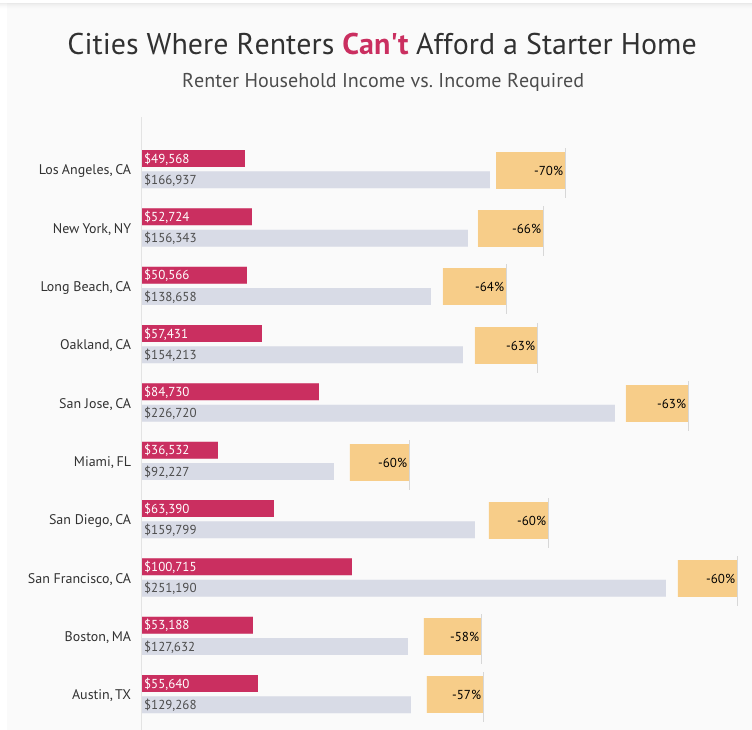 Earning 70% or 80% of the income renters need to comfortably cover their monthly payments keeps them in housing limbo—the question of whether they should or could make the switch to homeownership doesn’t have a clear no or a clear yes.

In August, when interest rates were hovering around 5.5%, renters in 6 large U.S. cities could comfortably afford to buy a starter home. One month and an interest hike later, that number fell from 5 to 4.

Currently, the average renter in Tulsa, Oklahoma; Detroit; Memphis, Tennessee; and Oklahoma City earns more than what they would need to buy a starter home and transition to homeownership. Detroit; Tulsa, Oklahoma, and Memphis, Tennessee, stood out for their affordability mostly because the median starter home in all three cities was less than $100,000. Renter household incomes here were also high enough to cover the mortgage, taxes, and insurance, as well.