Home / Daily Dose / Recession in the Forecast for 2023

Recession in the Forecast for 2023 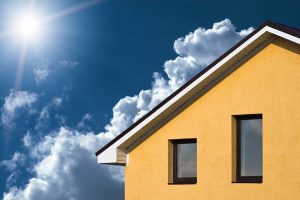 A new outlook from the Mortgage Bankers Association (MBA), presented for the first time at the 2022 MBA Annual Convention & Expo in Nashville, Tennessee, found that due to current market conditions, purchase originations and refinance volume are now forecasted to both drop in 2023.

According to Fratantoni, the likelihood of a future recession is only increasing due to the Federal Reserve’s continued efforts to tamp down inflation; heightened interest rates—along with affordability challenges—will slow homebuyer demand and purchase origination volume in 2023.

“Next year will be particularly challenging for the U.S. and global economies. The sharp increase in interest rates this year – a consequence of the Federal Reserve’s efforts to slow inflation, will lead to an equally sharp slowdown in the economy, matching the downturn that is happening right now in the housing market,” Fratantoni said. “MBA’s forecast calls for a recession in the first half of next year, driven by tighter financial conditions, reduced business investment, and slower global growth. As a result, the unemployment rate will increase from its current rate of 3.5% to 5.5% by the end of the year. Inflation will gradually decline towards the Fed’s 2% target by the middle of 2024.”

Furthermore, Fratantoni believes that as the economy slows, longer-term rates, including mortgage rates, will begin to fall from current peak levels. However, there will continue to be “significant volatility in rates in the near-term due to quantitative tightening by the Fed and other central banks, and as markets grapple with significant geopolitical, economic, and monetary policy uncertainties.”

“The slowdown in housing activity and higher mortgage rates will quickly cut the rate of home-price growth. MBA expects national home prices will be roughly flat in 2023 and 2024, allowing household incomes some much-needed time to catch up to elevated property values," said Kan. “However, many local markets will see home-price declines, even if national price measures remain largely unchanged.”

According to Kan, first-time homebuyers will make up the glut of demand over the next few years, given current trends. The combination of still-low levels of for-sale inventory and slowing new construction activity means that housing supply is likely to remain constrained for some time.

The MBA further predicts that mortgage employment will drop an additional 25-30%, given the decrease in production problem from record levels which occurred in 2020 and 2021.

On the servicing side of the business, profits have rebounded in 2022. Mortgage servicers are benefitting from slower prepayments and low delinquencies that have helped boost mortgage servicing right (MSR) valuations.

“The national mortgage delinquency rate reached a record-low in the second quarter of 2022 but will likely increase with the uptick in unemployment and the destruction caused by Hurricane Ian in Florida, South Carolina, and other nearby states." Walsh concluded.

Click here to view the forecast in its entirety.