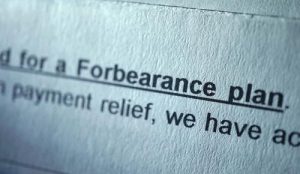 The Mortgage Bankers Association's (MBA) latest Forbearance and Call Volume Survey for the week ending October 17 revealed that the total number of loans now in forbearance decreased by seven basis points from 2.28% of servicers' portfolio volume the prior week to 2.21%. The MBA estimates that approximately 1.1 million U.S. homeowners remain in forbearance plans.

"Following two weeks of rapid declines, the share of loans in forbearance dropped again, but at a reduced rate. As reported in the past, many servicers process forbearance exits at the beginning of the month, therefore it is not surprising to see the pace of exits slow again mid-month," said Mike Fratantoni, MBA's SVP and Chief Economist. "The composition of loans in forbearance is evolving. More than 25% of loans in forbearance are now made up of new forbearance requests and re-entries, while many other homeowners who have reached the end of 18-month terms are successfully exiting into deferrals or modifications."

By stage, 15.3% of total loans in forbearance were in the initial forbearance plan stage, while 74.8% were in a forbearance extension—down from last week’s total of 75.5%. The remaining 9.9% were forbearance re-entries.

Forbearances are expected to continue at a quick pace, as more Americans are returning to the workforce. Late last week, the U.S. Department of Labor reported that the advanced figure for seasonally adjusted initial unemployment claims was 290,000, a decrease of 6,000 from the previous week's revised level, marking the lowest level for initial claims since March 14, 2020 when it was 256,000.