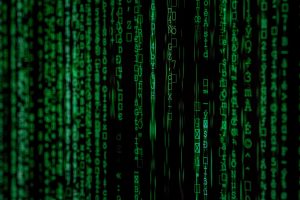 Fintech reportedly is allowing lenders to close on mortgage loans faster than in the past, and, especially as the market shifts increasingly digital, all signs point to its growth in mortgage lending. Researchers have found fintech lenders tend to take on certain risks that traditional lenders do not—though, for a few reasons, this is counterintuitive—leaving fintech loans more likely to default.

Di Maggio expounded, "If you put [our] results into the context that most of the fintech companies assertion that they use alternative data, it’s very surprising that their borrowers are more likely to default." Still, as Layne sums it up on Harvard's Working Knowledge blog, data in the "Fintech Borrowers" study show that "consumers who turn to fintech lenders are more likely to spend beyond their means, sink further into debt, and ultimately default more often than people with similar credit profiles borrowing from traditional banks."

"The evidence points out that the increased ease and speed with which borrowers can have access to credit is particularly appealing to certain households who tend to use these funds, in conjunction with other forms of credit, to sustain their consumption, which ultimately makes them more financially vulnerable," the authors said. "These results might also inform the debate about the need to provide clearer guidelines and regulatory scrutiny for those new institutions operating in this market. In the same way in which the Dodd-Frank Act induced banks to be more concerned about the borrowers’ ability to repay, a similar intervention in this unsecured lending market might reduce the negative consequences of granting loans to borrowers who are bound to default..."

However, they continue, "in the same spirit as regulators introduced the 'ability to repay' rules for mortgage products in the aftermath of the subprime crisis, one dimension of interest for regulators might be the need for fintech lenders to more closely monitor the borrowers’ ability to service their unsecured debt and the way these additional funds are actually used by the borrowers."

Previous: 10 Cities with the Most Financial Distress from COVID-19
Next: Minority Households Disproportionately Feel Recession-Related Pain