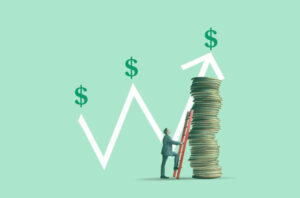 While the last three years have been anything but typical, the seasonal ebb and flow of the housing market can still be seen, even in today’s environment.

According to the latest iteration of the RE/MAX National Housing Report covering September 2022, it found that home sales declined 9.7% across the top 53 metropolitan areas that are tracked by RE/MAX. This price drop led to increasing inventory, now up to a two months’ supply, a number that has not been seen in nearly two years.

According to RE/MAX, these numbers are an “encouraging” sign of a more balanced market to come.

The average close-to-list price ratio during the month was 99%, meaning that homes sold for 1% less than the asking price for the second consecutive month after being at 100% or above through the first seven months of 2022.

Inventory has now grown 3.9% since August and 30.4% year-over-year. New listings were down 7.6% since last month, and down 11.4% year-over-year, due to homeowners staying put in their homes more due to their current favorable financing

"After a sustained period of quick sales that kept the housing cupboard relatively bare, a supply of two months presents a lot more options for homebuyers," said Nick Bailey, RE/MAX President and CEO. "For a long time, six months of inventory was the standard for a balanced market that favored buyers and sellers evenly.”

“Now, with the evolution of technology and various changes in homebuying patterns, the new standard is becoming four months,” Bailey continued. “We're halfway to that level, and the market is making steady progress toward balance. Home sales are still happening, and having the right real estate professional by your side is critical for consumers looking to take advantage of the market conditions."

Added Tim Morgan of RE/MAX Insight in Manchester, VT, "We've seen a changing market this fall. While the demand for quality housing is still high, some potential buyers have pumped the brakes on their home search due to recent interest rate hikes. We are seeing an increase in inventory which has created a great opportunity for those who need to sell their home in order to buy. Houses are still selling quickly, but we are just not seeing as much of the 5%+ overbidding as we were this past spring."

Other notable metrics include:

Click here to view the report in its entirety, including breakdown of how the top-53 metro areas fared.