Boomerang Buyers Dust Themselves Off to Re-enter Market 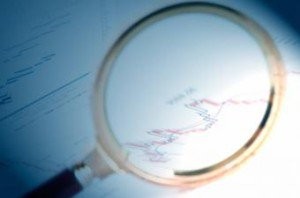 During the financial crisis and housing burst, an unprecedented number of homeowners relinquished their homes to foreclosure or other non-foreclosure actions and thus felt the repercussions of having the mark of foreclosure, short sale, or bankruptcy on their credit report for the next seven years. Now coming into the eighth year since the peak of the crisis, 2.5 million consumers are set to potentially re-entering the market with a clean credit file and fresh perspective between June 2016 and June 2017.

In examining the consumers who foreclosed or short-sold between 2007 and 2010 and have since opened a new mortgage, it was found that these "boomerang borrowers" are showing responsible credit behaviors, have improving credit scores and are current on their debts.

"With millions of borrowers potentially coming back into the housing market, the trends that we're seeing are promising for both the mortgage seeker and the lender," said Michele Raneri, VP of Analytics and New Business Development at Experian. "In the coming years, boomerang borrowers will be a critical segment of the real-estate market. While many of these borrowers have gone through a very difficult time, it is encouraging to see them taking control of their finances with better credit scores and all-around better credit management."

According to a recent report from Experian, 68 percent of these consumers are scoring in the near-prime or higher credit segments. This means that the opportunity for these consumers to qualify for mortgage loans is growing stronger. Additionally, the research shows that the people in the short-sale category are rebounding at a higher rate than those who foreclosed, and are making their payments on time.

Experian reported that nearly 29 percent of those who short-sold between 2007 and 2010 have opened a new mortgage, but only 1.5 percent of this short-sale group is delinquent on their mortgage; a number that has fallen below the national average of 2.8 percent.

Likewise, more than 12 percent of those who foreclosed have subsequently opened new mortgages and are showing positive signs when it comes to credit management with just 3 percent delinquent on their current mortgage.

The VantageScore (developed by Experian, Equifax, and Trans Union) credit scores of the boomerang buyers have climbed significantly since their foreclosures and short sales, even surpassing the scores they had prior to the negative event. The consumers who previously had a foreclosure and have subsequently opened a mortgage have an average credit score of 680, a 20.8 percent increase compared with the scores at the time of foreclosure.

In comparison, the consumers who previously had a short sale and have subsequently opened a mortgage have an average credit score of 706, an increase of 16.5 percent from the scores at the time of short sale.

This increase in boomerang buyers’ credit scores could bode well for the ability of these consumers to obtain a mortgage loan again.

A report from CoreLogic’s Kristine Yao found that boomerang buyers are, on average, four times more likely to finance with FHA loans than traditional non-distressed, owner-occupied repeat buyers. FHA loans are, as a general rule, easier to obtain than conventional loans for cash-strapped borrowers with past foreclosures in their credit history because FHA guidelines allow potential borrowers to apply for a loan three years after the foreclosure sale date with a minimum 3.5 percent down and a credit score of at least 580.

Previous: Homeownership Rate Rises From Lowest on Record
Next: Treasury: Here’s What Housing Reform Should Look Like