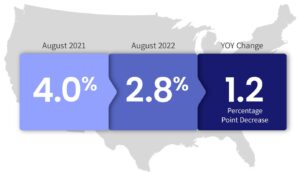 CoreLogic’s Loan Performance Insights Report for August 2022 has found that for the month of August 2022, 2.8% of all mortgages in the U.S. were in some stage of delinquency (30 days or more past due, including those in foreclosure), representing a 0.2%-percentage point decrease month-over-month and a decrease of 1.2 percentage points compared to August 2021 when the rate was 4%.

In August 2022, the U.S. delinquency and transition rates, and their year-over-year changes, were as follows:

This data revealed that the number of borrowers classified as seriously delinquent on their mortgage payments in August, the lowest level since April 2020, as the overall delinquency rate remained near a record low.

These numbers have been helped by a low 4% unemployment rate, which helps homeowners continue to make timely payments.

“The share of U.S. borrowers who are six months or more late on their mortgage payments fell to a two-year low in August and was less than one-third of the pandemic high recorded in February 2021,” said Molly Boesel, Principal Economist at CoreLogic. “Furthermore, the foreclosure rate remained near an all-time low, which indicates that borrowers who were moving out of late-stage delinquencies found alternatives to defaulting on their mortgages.” 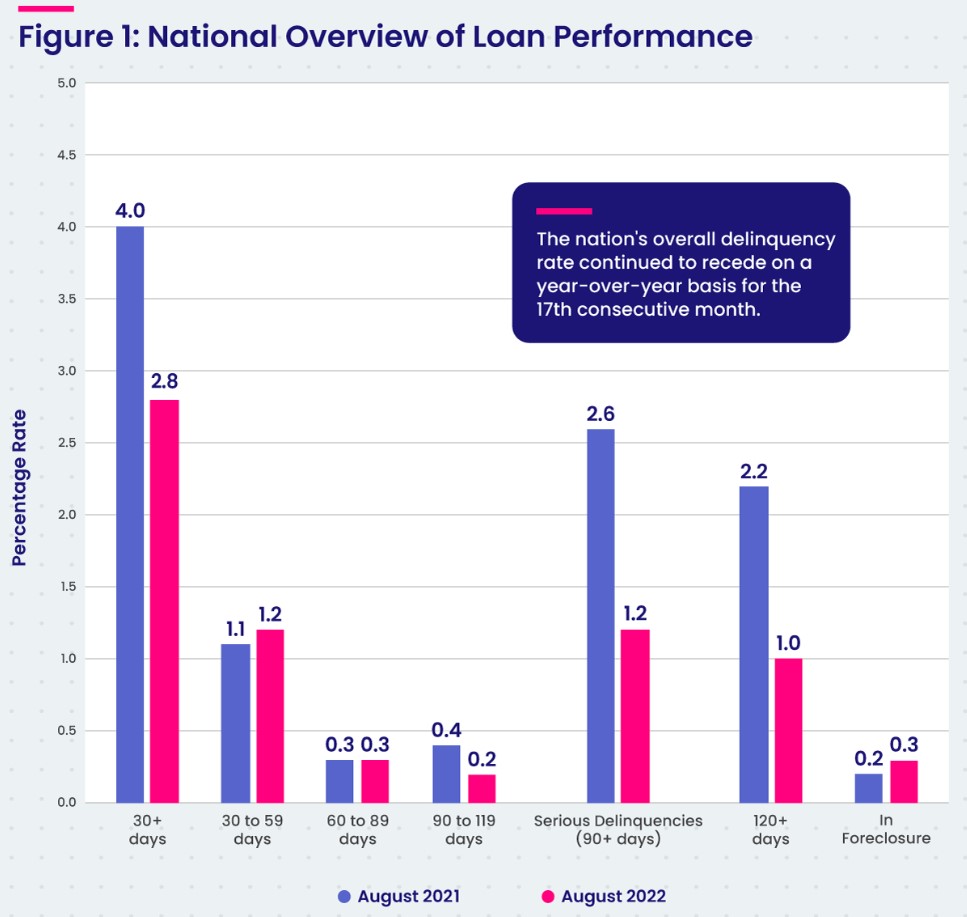 On a state and local level, the report also found:

Click here to view the report, including breakdowns for the top-performing metropolitan areas.