Weak Q3 GDP Growth Not Expected to Weigh Down Housing

As was widely predicted, the nation’s real gross domestic product growth took a hit in the “advance” estimate for Q3 released Thursday following Q2’s healthy rate of 3.9 percent, according to the Bureau of Economic Analysis.

In the first of three estimates for Q3, the BEA said the country’s real GDP grew at an annual rate of just 1.5 percent, with the deceleration attributed to a downturn in private inventory investment and deceleration in exports, nonresidential and residential fixed income, and government spending partly offset by a deceleration in imports.

The prosperous Q2 for GDP was in line with the housing metrics, which have generally been positive in 2015—namely home sales, home prices, and a steady continuing reduction in foreclosure inventory and serious delinquencies. However, the decline in GDP growth coincides with a drop in a couple of key housing indicators for September. Thursday’s announcement of 1.5 GDP growth came the same day as the National Association of Realtors' pending home sales index for September, which was reported to be at its lowest level in eight months. Also earlier in October, HUD and the Census Bureau released a surprisingly weak new home sales report for September.

“September’s seasonally adjusted pending home sales dropped to the lowest level since January, but that’s not necessarily a cause for concern, given that the U.S. economy slowed in the third quarter, as shown by the weak 1.5 percent GDP growth,” Realtor.com Chief Economist Jonathan Smoke said. “Global weakness, financial market uncertainty, and stock market declines all weighed on home sales, but housing fundamentals remain very strong and this could have just been a temporary pause in this year’s growth in sales.”

“Though the stability of these indicators suggest that housing is becoming boring again, that's not the case."—Nela Richardson

Smoke predicted the housing market would remain strong at the same level through the end of the year with an uptick in demand in the spring of 2016, but the key question is whether or not there will be enough housing supply to fulfill the demand.

While mostly healthy sales levels and price gains combined with default and foreclosure rates that in many markets are nearing pre-recession levels might suggest that housing is becoming “boring,” that will not happen, according to Redfin Chief Economist Nela Richardson.

“The bright spot in the GDP report was consumer spending, up 3.2 percent from last year,” Richardson said. “Job growth and low gas prices kept consumer spending fairly strong. As long as this continues, I expect defaults to continue to hover at around their 10-year low. Also, prices are likely to slow a bit next year and stay in range of their historical average of 3 to 4 percent. Though the stability of these indicators suggest that housing is becoming boring again, that's not the case. Rather it's local economic growth, not national growth, that will determine the health of each individual metro area next year.” 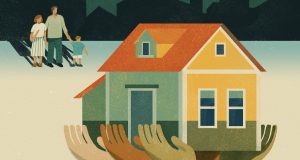 State regulators have reached a settlement with 400 mortgage loan originators who falsely claimed to have completed their SAFE Act-mandated education requirements.