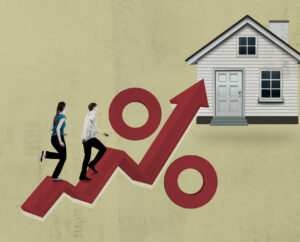 At the September 20-21 meeting of the Federal Reserve’s Federal Open Market Committee (FOMC), the committee raised the nominal interest rate by 75 basis points to a target range of 3.00-3.25% and indicated that further increases would be necessary to tamp down inflation to the targeted 2%.

The FOMC followed through and raised rates at the November 1-2 meeting by an additional 75 basis points. This marks the sixth increase this year and the biggest consecutive rate hike on record. So far this year, the FOMC raised rates in March (+25 points), May (+50 points), June (+75 points), August (+75 points), and September (+75 points).

There remains one more FOMC meeting this year, which will occur on Dec 13-14, which according to Chairman Jerome Powell, will feature another rate hike.

In a prepared statement released at the end of the meeting, the FOMC said:

“Recent indicators point to modest growth in spending and production. Job gains have been robust in recent months, and the unemployment rate has remained low,” the FOMC wrote in a prepared press statement at the conclusion of the two-day meeting. “Inflation remains elevated, reflecting supply and demand imbalances related to the pandemic, higher food and energy prices, and broader price pressures.”

The committee further noted that the war in Ukraine is causing “tremendous” turmoil across the globe. The war and related events are creating additional upward pressure on inflation and are weighing on global economic activity.”

“The Committee seeks to achieve maximum employment and inflation at the rate of 2% over the longer run. In support of these goals, the Committee decided to raise the target range for the federal funds rate to 3.75-4%. The Committee anticipates that ongoing increases in the target range will be appropriate in order to attain a stance of monetary policy that is sufficiently restrictive to return inflation to 2% over time.”

“In determining the pace of future increases in the target range, the Committee will take into account the cumulative tightening of monetary policy, the lags with which monetary policy affects economic activity and inflation, and economic and financial developments. In addition, the Committee will continue reducing its holdings of Treasury securities and agency debt and agency mortgage-backed securities, as described in the Plans for Reducing the Size of the Federal Reserve's Balance Sheet that were issued in May. The Committee is strongly committed to returning inflation to its 2% objective.

“In assessing the appropriate stance of monetary policy, the Committee will continue to monitor the implications of incoming information for the economic outlook,” the FOMC concluded. “The Committee would be prepared to adjust the stance of monetary policy as appropriate if risks emerge that could impede the attainment of the Committee's goals. The Committee's assessments will take into account a wide range of information, including readings on public health, labor market conditions, inflation pressures and inflation expectations, and financial and international developments.”

Michele Raneri, VP of U.S. Research and Consulting at TransUnion, commented on the news in relation to the mortgage markets:

“[The FOMC] demonstrates that it remains committed to raising rates until excess inflation abates,” Raneri said. “From a consumer credit perspective, the most significant impact of these rate hikes on borrowers would continue to be in the mortgage market, and increasingly, during the holiday shopping season, in the credit card industry.

“In the mortgage market, consumers who may otherwise be considering buying a home may choose to continue to hold onto their down payments, waiting to see if interest rates and/or home prices decline in the not-too-distant future. For those consumers who do purchase a home, adjustable-rate mortgages may continue to be more popular among consumers seeking lower monthly payments in the short term,” Raneri continued. “And consumers looking to tap into available home equity may continue to look towards HELOCs and HELOANs instead of refis.”

“As the Fed has raised the short-term federal funds rate, mortgage rates have surged,” Sturtevant said. “And with mortgage rates surpassing 7% for the first time in 20 years, everyone wants to know how high they may go. While that depends largely on how effective the Federal Reserve has been on tamping down inflation, one thing is clear—don’t expect rates to fall any time soon.“

“There are two basic near-term scenarios on rates. First, if inflation remains stubbornly higher, the Federal Reserve will continue to aggressively raise rates. Under this scenario, mortgage rates could climb to 8% or beyond in late 2022 and into the first part of 2023.”

“Alternatively, inflation could ease, which would be a sign that the Fed’s rate-hike tactics have begun to work,’ Sturtevant concluded. “The Fed could then pull back on its rate escalation, meaning mortgage rates could stabilize, though probably still remaining above 6% through the first part of 2023.”