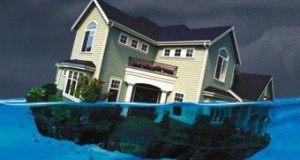 ATTOM Data has released its findings covering the third quarter of 2022 of its Home Equity & Underwater Report which found that overall, 48.5% of all mortgaged residential properties in the country were considered equity-rich.

The number of properties that are considered equity rich increased from 39.5% during the third quarter of 2021 and from 48.1% during the second quarter of 2022. The latest increase fell below other gains in recent years. But it still marked the 10th straight quarterly rise, and resulted in virtually half of all mortgage payers landing in equity-rich territory.

Additionally, the report found that at least half of all mortgage-payers in 20 states were equity-rich in the third quarter, compared to only seven states a year earlier.

"Even though home price appreciation has slowed down dramatically in recent months, homeowners have continued to build equity," said Rick Sharga, EVP of Market Intelligence at ATTOM. "And it appears that many of those homeowners have decided to stay where they are rather than purchase a new home, and are beginning to tap into that equity, as the number of home equity lines of credit (HELOCs) issued in the second quarter of 2022 rose by 43% from the prior year."

The report also shows that just 2.9% of mortgaged homes, 1-in-35, were considered seriously underwater in the third quarter of 2022, with a combined estimated balance of loans secured by the property of at least 25% more than the property's estimated market value.

According to ATTOM, the ongoing improvement in home equity during the third quarter of 2022 came as the U.S. housing market cooled considerably amid multiple forces that threaten to stifle or reverse an 11-year run of nearly uninterrupted price spikes and equity gains.

Click here to see ATTOM’s report in its entirety.