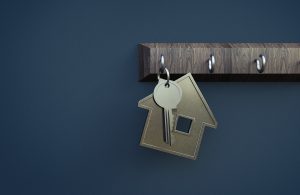 Fannie Mae’s Home Purchase Sentiment Index (HPSI) increased one point to 75.5 in October, with consumer expressing mixed feelings on the current homebuying and home selling markets. In addition, a good majority of those polled felt pessimistic toward the overall financial landscape of the U.S. economy.

"The HPSI remained relatively flat this month, staying within the general bounds it began to set in June 2020–following the initial shock of the pandemic to the index," said Doug Duncan, Fannie Mae SVP and Chief Economist. "While homebuying and home-selling sentiment remain at historically low and high levels, respectively, more consumers now expect that their personal financial situation will not improve over the next 12 months. This is particularly true among surveyed homeowners and older age groups."

Overall, four of the six components of the HPSI increased month-over-month, with slightly greater shares of consumers reporting that it was a good time to buy a home and sell a home–with those numbers now sitting at 30% and 77%, respectively, up from 28% and 74% last month.

Consumers also reported even stronger expectations that mortgage rates will increase over the next 12 months, the Federal Reserve recently announced that it will begin a gradual taper, easing away from emergency stimulus after jumping into action to maintain economic stability at the outset of the pandemic in March 2020.

Part of the Fed’s rollback will include scaling back the purchase of billions in government bonds and other assets monthly, reducing its current pace of $120 billion purchased presently, and dropping that total to $105 billion in November, and to $90 billion by December. The Fed’s tapering will place upward pressure on mortgage rates, as noted by Odeta Kushi, First American Deputy Chief Economist, who notes that forecasts from economists predict that rates will hit 3.2% by the end of the year, and inch toward the 4% mark by the close of 2022.

"In October, consumers also reported greater concern about the direction of the economy, with 'right track' sentiment reaching its lowest level since October 2013,” said Duncan. “We believe the uptick in negative economic sentiment is likely a function of ongoing supply chain disruptions and inflation concerns. However, while economic uncertainty could potentially dampen mortgage demand over the longer term, we believe current market conditions remain conducive to home purchase activity, as demand for homes continues to far outstrip the supply available for sale."

HPSI highlights for October include: