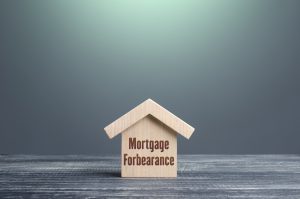 The Mortgage Bankers Association's (MBA) latest Forbearance and Call Volume Survey found that the total number of U.S. home loans now in forbearance decreased by nine basis points from 2.15% of servicers' portfolio volume in the prior week to 2.06%.

This latest report marks the final MBA Weekly Forbearance and Call Volume Survey before switching to a monthly format in December that will be called Monthly Loan Monitoring Survey.

The MBA’s analysis represents 73% of the first-mortgage servicing market (approximately 36.7 million loans), and of that total, an estimated one million homeowners remain in forbearance plans.

By stage, 15.8% of total loans in forbearance were in the initial forbearance plan stage, while 73.9% were in a forbearance extension, as the remaining 10.3% represented forbearance re-entries.

"One million homeowners remained in forbearance as we reached the end of October, but the forbearance share continued to decline, with larger declines for portfolio and PLS loans," said Mike Fratantoni, MBA's SVP and Chief Economist. "More borrowers who exited forbearance the last week of October went into modifications, a sign that they have not yet regained their pre-pandemic level of income."

The forbearance share for portfolio loans and private-label securities (PLS) declined 13 basis points from 5.23% to 5%.

“The Bureau of Labor Statistics reported that the American economy added 531,000 jobs in the month of October, and the unemployment rate was 4.6%, down from 4.8% in September,” noted U.S. Secretary of Labor Marty Walsh. “The Biden-Harris Administration is getting Americans back to work at a historic pace, with 5.6 million jobs added since the President took office and an average of 620,000 jobs per month. October growth was strong across the private sector, with especially significant gains in manufacturing, business services, leisure and hospitality and the care economy, all hit hard by COVID.”

Last week, the U.S. Department of Labor reported that the advance figure for seasonally-adjusted initial unemployment claims was 269,000, a decrease of 14,000 from the previous week's revised level, the lowest level for initial claims since March 14, 2020 when it was 256,000.

"The strong job market report from October, with another drop in the unemployment rate and a pickup in wage growth, is a positive sign for homeowners still struggling to get back on their feet," said Fratantoni.

Previous: Calyx Partners With PCV Murcor
Next: Getting Ready for Regulation F