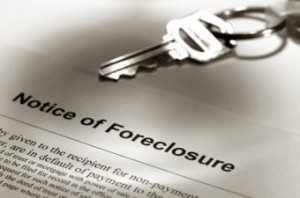 [1]City officials in the Las Vegas suburb of Henderson, Nevada, have announced the launch of a foreclosure registry in order to help monitor the number of abandoned residential properties in the area from falling into disrepair or becoming blighted.

The goal of the registry is to urge the owners of homes that have either been abandoned or are at risk of being abandoned due to foreclosure to perform maintenance and upkeep on them so that the homes do not fall victim to blight, squatters, or vandals.

The registry launched on Monday, November 3, and can be found at www.registerhenderson.com [2]. Owners are required to register their property (single-family, townhouses, condos, and multi-family buildings with four units or less) on the site if there is a currently unresolved default notice or foreclosure filing on the property with Clark County. The fee to register is $200 for new registrations and $50 for any updates with new information. If the property remains distressed, owners must renew their registration annually for $200. Penalties for failure to comply may include fines of up to $150 per day or a possible criminal misdemeanor conviction.

Prior to the launch of the registry, Henderson city officials had to rely on complaints of nearby residents in order to discover abandoned, blighted homes. The registry came about as a result of the city passing Ordinance No. 3121, also known as the Abandoned Residential Real Property Registry Ordinance, in February 2014. The purpose of the ordinance is to "reduce and prevent neighborhood blight, to mitigate conditions that threaten the health, safety, and welfare of the public, and to promote neighborhood stability," according to the registerhenderson.com web site.

Henderson, Nevada's second largest city with a population of about 270,000 (according to U.S. Census data [3]), has been hit hard by foreclosures in recent years. Nevada in particular was one of the hardest hit states during the financial collapse of 2008.

While the Las Vegas area in general has seen a significant decline in the number of foreclosures for the last few months, RealtyTrac [4] reported that one in every 768 [5] residential housing units in Henderson was in some state of the foreclosure process in September 2014, still way ahead of the national rate of one in every 1,232 [6] for the month. Henderson's foreclosure rate was close to the reported rate for the state of Nevada, which was one in 797 – fifth highest in the U.S. RealtyTrac reported that the Las Vegas metro area had 1,694 "zombie foreclosures" in the third quarter [7], the eighth highest total in the U.S. According to RealtyTtrac, 33 percent of foreclosures in the Las Vegas metro area were zombie foreclosures, which are properties that have been abandoned the foreclosure process is not complete. City officials estimate that about 5,000 residential properties in Henderson are in some state of foreclosure.