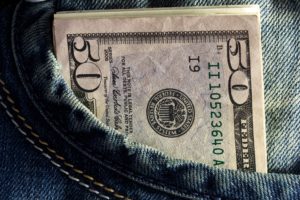 More than one-third of landlords have not received 100% of rent payments during September, according to new data released by the Urban Institute and Avail [1], a property management platform.

In an October survey of 1,381 landlords who own rental properties, 35.2% of respondents said they did not receive the full amount of rental payments from tenants during September, while 38.1% were not expecting to receive full rent payments in October. More than three-quarters of respondents stated their September situation was due to tenants who were struggling financially during the ongoing COVID-19 pandemic and either did not or could not make full rent payments.

The survey also found 18.6% of landlords reported their vacancy rates have increased since the start of the pandemic. The combination of non-paying tenants and vacant units has created great financial stress on landlords, with 31% of survey respondents admitting they felt more pressure to sell their properties during the pandemic than before the crisis started.

Despite the increased vacancy rates, landlords are not rushing to fill empty units, with 35.6% if respondents tightening – 30% of respondents demand higher credit scores and 50% expect higher income relative to monthly rental rates. The survey also found Black and Hispanic landlords were more likely than their white counterparts to intensify the screening process, by a 50% to 35% measurement. But the survey also noted that Black and Hispanic landlords are more likely to own two-to-four-unit rental buildings in lower-income communities where eviction rates are higher.

As for the near-future, 37% of landlords feared the remaining months in 2020 will see the continuation of their problems due to the extension of the federal eviction moratorium, while 34.5% cited the expiration of pandemic-related unemployment insurance benefits as the primary source of their dilemma.