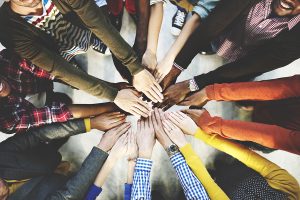 Data released by the Census Bureau’s Housing Vacancies and Homeownership Survey found the minority homeownership rate rose 0.9% to 48.3% during Q3 2019.

This year-over-year increase is higher than the overall U.S. homeownership rate, which rose 0.4 percentage points to 64.8% during the quarter.

Five of the prior six quarters saw declines in African-American homeownership.

A report by USA Today, with information by Redfin, reported the median-income African-American households could afford just 25% of the homes on the market last year—a decline from 39% in 2012.

The median-income white households could afford 57% of homes for sale in 2018, which is also a decline from 69% seven years ago.

“African Americans who haven’t been able to buy a home since the recovery began have only seen prices rise further and further out of budget,” says Daryl Fairweather, Redfin's Chief Economist.

Las Vegas, Nevada, saw the largest decline in affordability for the average African-American household, with just 14.7% of home affordable last year. This is a steep decline from 61.2% in 2012.

Other markets that saw large drops were: Orlando, Florida; Riverside, California; and Phoenix, Arizona. All markets listed saw affordability fall by at least 30%.

The California cities of San Jose, San Francisco, San Diego, and Los Angeles are the most financially out of reach, as African-Americans could afford must 0.3% to 1.3% of homes on the market.

Census Bureau states that minorities listed as “Other households” (Asian, Pacific-Islander, Native American, and other races) saw its homeownership rate drop to 58.9%.