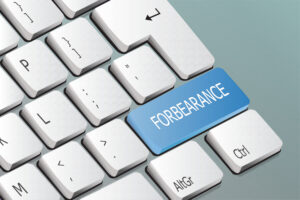 The Mortgage Bankers Associations (MBA) reports that the total number of loans nationwide now in forbearance increased by just one basis point from 0.69% of mortgage servicers’ portfolio volume in the prior month, to 0.70% as of October 31, 2022. According to MBA’s latest estimate, there are approximately 350,000 U.S. homeowners now in forbearance plans.

“The overall share of loans in forbearance increased slightly in October, but it was a mixed bag by investor type. The forbearance rate for Ginnie Mae, Fannie Mae, and Freddie Mac loans increased, and there was a decline in portfolio and PLS loans in forbearance,” said Marina Walsh, CMB, MBA’s VP of Industry Analysis. “Several factors were behind the first monthly increase in forbearances in 29 months, including the effects of Hurricane Ian in the Southeast, the diminishing number of loans bought out of Ginnie Mae pools and placed in portfolio, and the fact that new forbearance requests have closely matched forbearance exits for the past three months.”

According to CoreLogic, estimates of the damage and loss totals from Hurricane Ian found total flood and wind losses came in at between $41 billion and $70 billion. This estimate includes wind loss, re-evaluated insured and uninsured storm surge loss and newly calculated inland flood loss for residential and commercial properties. Hurricane Ian is the costliest Florida storm since Hurricane Andrew made landfall in 1992.

MBA’s Loan Monitoring Survey requests that servicers report all loans in forbearance regardless of the borrower’s stated reason–whether pandemic-related, due to a natural disaster, or another cause. 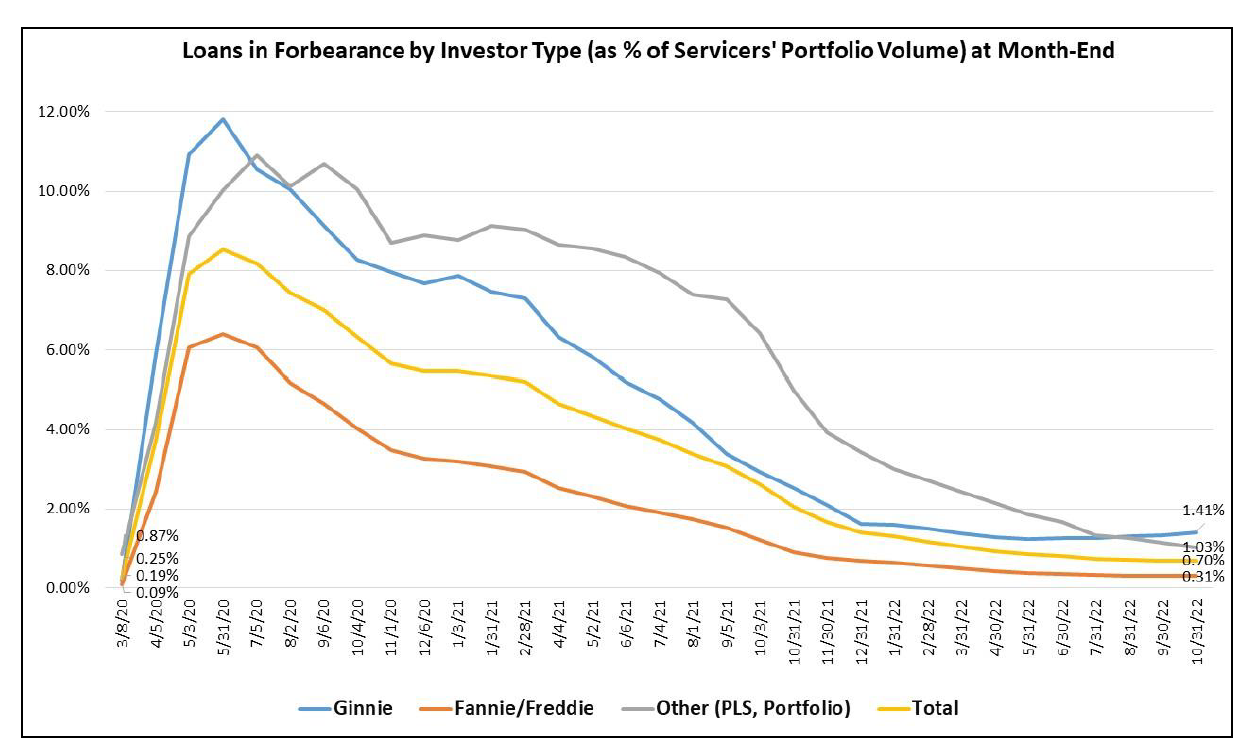 The share of loans that were current declined in 44 states compared to the previous month. Of these states, Florida posted the largest monthly decline, dropping 49 basis points to 95.35% in October from 95.84% the previous month.

Regionally, the five states with the highest share of loans current as a percent of servicing portfolio included:

The five states reporting the lowest share of loans that were current as a percent of servicing portfolio included: