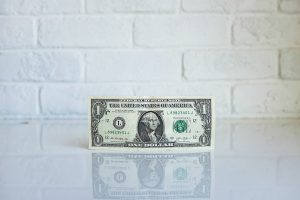 COVID-19 is having an especially pronounced impact on the affordability of housing among low-income individuals, according to a survey from Harvard University's Joint Center for Housing Studies. [1]

The newly released American Community Survey [2] shows an ongoing downshift in cost burdens in 2019. While the share of all cost-burdened homeowners--which are those spending more than 30% of their income for housing fell significantly in the decade preceding COVID-19, the cost burdens for low-income homeowners fell only slightly. A particular concern induced by these longer-term trends: since the onset of the pandemic, it’s considerably more likely for low-income households to have lost jobs or had their work curtailed.

In 2019, the overall cost burden rate for homeowners nosedived, dropping from 30% to 21% since 2010. That marked the lowest levels since 2000. Higher-income cost burdens receded by more than half while low-income households didn’t fare quite as well, with declines in that category dropping off only slightly.

Homeowners of color with household incomes dipping below $30,000 were disproportionately impacted by COVID-19 challenges. 27% of Native American homeowners had household incomes under $30,000 compared to 22% of Black homeowners and 16% of Hispanic homeowners. The Harvard survey also reports that "cost-burdened households are more likely to be low-income and work retail and service jobs," which not only puts them at higher risk of exposure to COVID-19 but also makes them more vulnerable to losing their jobs or having reduced hours due to the pandemic.

Then there’s the age card. Low-income homeowners are significantly more likely to be at least 65. Last year, 55% of housing with incomes of less than $30,000 also fell under that category while only 22% of homeowners earning at least $75,000 were a minimum of 65. On the other hand, the degree of cost burden wasn’t as harsh among older households; the duress among homeowners at least 65 dipped by 4% from 2010-2019.