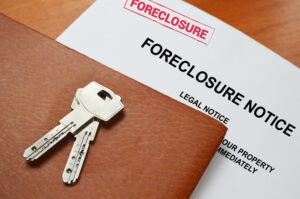 A recent article in The Washington Post by Marissa J. Lang took a closer look at the disbursement of Homeowner Assistance Fund (HAF) monies in the Washington, D.C. area and if these funds are reaching their intended targets.

The purpose of the HAF was to prevent mortgage delinquencies and defaults, foreclosures, loss of utilities or home energy services, and displacement of homeowners experiencing financial hardship after January 21, 2020. Funds from the HAF were earmarked to be used for assistance with mortgage payments, homeowner’s insurance, utility payments, and other specified purposes. The law prioritizes funds for homeowners who have experienced the greatest hardships, leveraging local and national income indicators to maximize the impact.

In Lang’s article, “D.C. Homeowners Wait for Financial Aid as Foreclosure Notices Pile Up,” she reports that as of Nov. 1, the District of Columbia has assigned approximately $1.7 million of the $50 million the federal government gave the D.C. area for foreclosure relief.

The focus of the piece is on 52-year-old D.C. area, 30-year homeowner Sunya Musawwir, who was told by the D.C. government that her foreclosed home would be taken care of, including late penalties, fees, and whatever else it cost to bring her current on her mortgage.

HAF was set to provide a minimum of $50 million for each U.S. state, the District of Columbia, and Puerto Rico; $498 million for Tribes or Tribally designated housing entities and the Department of Hawaiian Home Lands; and $30 million for the territories of Guam, American Samoa, the U.S. Virgin Islands, and the Commonwealth of the Northern Mariana Islands impacted by the COVID-19 pandemic.

The story continues that Musawwir was among the initial group of D.C. area homeowners to apply to the HAF, having sent her application in December of 2021 seeking HAF assistance.

According to the Washington Post story, nearly 12 months after initially filing her application, Musawwir claims she has “not received a dime from the program, and the amount she owes the bank, meanwhile, has nearly doubled.”

Government officials and caseworkers have blamed delays on mortgage servicers with requirements that, they said, have hampered the allocation of HAF relief. The foreclosure moratoria once in place to protect homeowners from pandemic-related harms have since expired.

The article notes that, according to the D.C. Department of Housing and Community Development, as of November 1, the District of Columbia has allocated just $1.7 million of the $50 million it received from the U.S. Department of the Treasury, and while more than 1,700 homeowners had applied for HAF assistance, less than 20%actually  have received it. D.C. officials said that $38.9 million remains available for homeowner assistance and, unlike other programs that came with a hard use-it-or-lose-it deadline, the HAF will continue disbursing aid until it runs out.

Musawwir was told to stop making payment on her mortgages as she awaited the outcome of the HAF process.

In another case, a lifelong resident of the Brookland neighborhood of D.C. was just a few years away from paying off her mortgage when pandemic shutdowns caused her to lose her job. She sent in an application in June, as soon as the program opened up to homeowners in all D.C. Zip codes, and the article notes that nearly five months later, she is still waiting to hear whether she has been approved for HAF assistance.