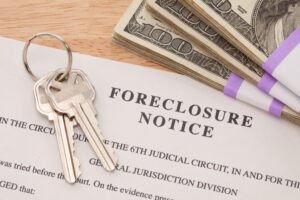 The Federal Housing Finance Agency (FHFA) has issued its latest Foreclosure Prevention, Refinance, and Federal Property Manager's Report, covering the month of August 2022, which found that combined, Fannie Mae and Freddie Mac completed 24,603 foreclosure prevention actions in August, bringing the total number of actions to 6,639,479 since the start of the conservatorships in September of 2008. Approximately 39% of these foreclosure prevention actions have resulted in permanent loan modifications.

The FHFA reported that there were 9,090 permanent loan modifications in August, bringing the total to 2,601,031 since the conservatorship of the government-sponsored enterprises (GSEs) began in September 2008.

The total number of loans in forbearance plans continued to trend downward since its peak in May 2020, but remained elevated through August 2022 compared to pre-pandemic levels. As of August 31, 2022, there were 80,494 loans in forbearance, representing approximately 0.26% of the GSE’s single-family conventional book of business, down from 84,385 or 0.27% at the end of July. Approximately 6% of these loans have been in forbearance for more than 12 months. 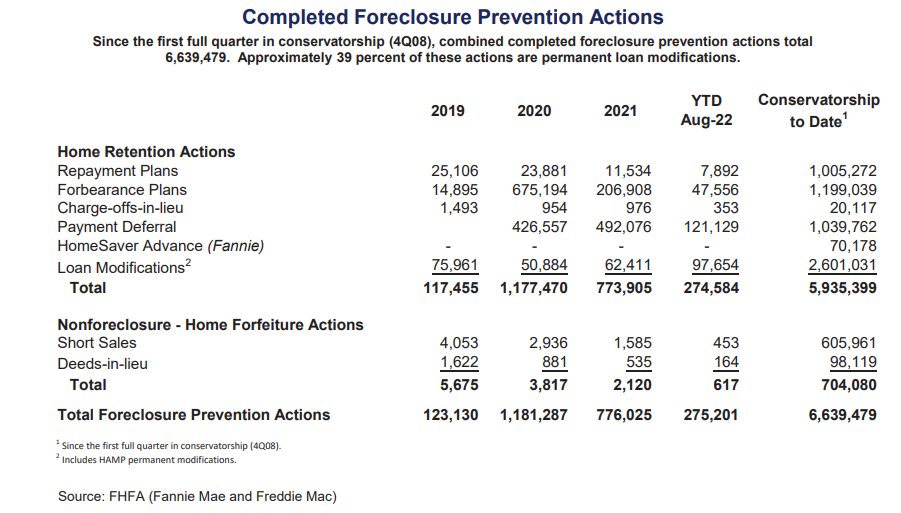