Foreclosure Sales Are Way Down—But So Are Solutions 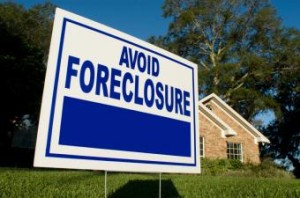 While the data released on foreclosure sales and starts for the third quarter indicated substantial declines as those totals move toward pre-crisis levels, the number of non-foreclosure workout solutions seems to be declining at nearly the same rate, according to data released by HOPE NOW on Monday.

While the number of foreclosure sales completed dropped significantly both over-the-quarter (15 percent, down from 89,000) and over-the-year (31 percent, down from 110,000) in Q3 2015, the number of non-foreclosure solutions also declined at similar rates—18 percent over-the-quarter (down from 411,000) and 28 percent over-the-year (down from 469,000).
“As loss mitigation efforts have slowed down overall, we are still very focused on markets where recovery has been slower, where unemployment rates remain high and where affordability gaps exist,” HOPE NOW Executive Director Eric Selk said. “Our approach to housing has evolved over the years as the market has shifted from crisis to recovery and our members remain committed to achieving stability in the market.”

Foreclosure starts also declined substantially in Q3 both over-the-quarter down to 159,000 (9 percent, down from 176,000) and over-the-year (26 percent, down from 215,000), according to HOPE NOW.
HOPE NOW, a voluntary, private sector alliance of mortgage servicers, investors, mortgage insurers and non-profit counselors, has hosted eight loss mitigation events in 2015 in areas hit hardest by the foreclosure crisis.

“The data we have collected at our loss mitigation events in 2015 is painting a very clear picture of borrower profiles and what mortgage servicers are able to offer their at-risk customers,” Selk said. “Through eight events this year, 81 percent of attendees are either delinquent on their mortgage or in imminent default and 36 percent are first time applicants for a loan modification. That shows a clear need for immediate attention. Of the borrowers on site, 64% are reviewed for some sort of long term retention option, with another 5 percent reviewed for a short term retention solution such as forbearance.”