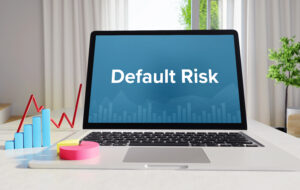 According to Millman, Inc. the default risk on government-sponsored enterprise (GSE) acquisitions--purchased by either Fannie Mae or Freddie Mac--increased to 3.54% in Q3 2022.

Millman reported that rising interest rates during the quarter had a large impact on the mortgage market, with mortgage originations falling 62% annually. Refinance activity is a cause for most of the decline, as refinances are down 87% year-over-year.

"With interest rates rising, fewer homeowners are refinancing for a more favorable rate or length-of-loan compared to the year prior," said Jonathan Glowacki, a Principal at Milliman and author of the MMDI. "Instead, most refinance activity is for cash-out loans, which are typically associated with higher borrower risk. That, plus increasing economic risk associated with an expected slowdown in home price growth, are contributing to the increased mortgage default risk we're seeing."

New data reports homeowners are falling behind more frequently, as Black Knight found delinquencies rose in October 2022. The national rate rose 4.5% to 2.91%, up 12 basis points from September, which was mostly driven by a 9.4% rise in 30-day delinquencies. Loans that were 60-days past due were up 2.9% in October while mortgages 90-days past due saw continued improvement over the last few months dropping 1.5%.

Florida led the nation in the 19,000 loan jump in early delinquencies, indicating early numbers of homeowners who stopped paying their mortgages due to damage or destruction from Hurricane Ian.