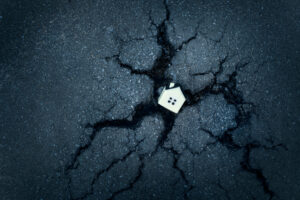 LendingTree’s latest survey found that 41% of consumers are concerned over a housing crash over the next year.

At 44%, millennials were most concerned over a potential housing crash. This is followed by Gen Xers at 43% with baby boomers being the least concerned at 35%.

Thirty-three percent believe inflation will be the biggest reason for a potential crash, 24% say high interest rates and 16% believe the cause will be the lack of affordable housing.

Mortgage rates continue to be a concern for Americans, as 58% say this is a cause for concern moving forward. Additionally, 55% of Americans concerned over rising rates said they’ll rise for another six to 18 months. Twenty-three percent said it could take two years before rates stop increasing. 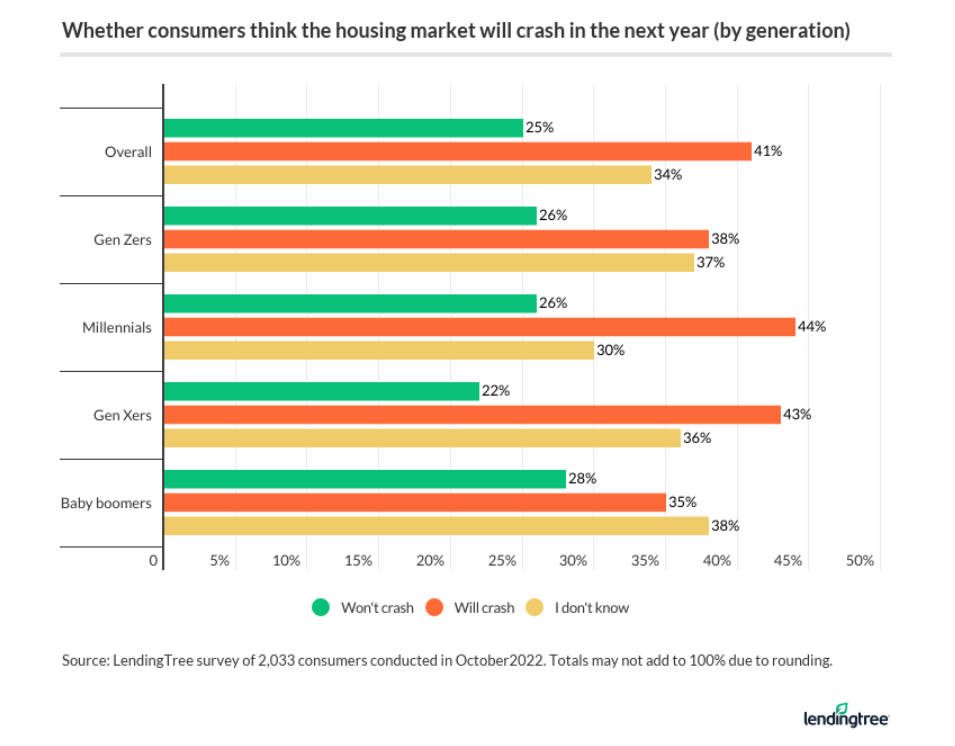 “While I do think the housing market will continue to slow over the next 12 months and some people may end up underwater on their mortgages as a result, a major crash doesn’t appear likely—at least not at the moment,” said LendingTree Senior economist Jacob Channel. “With that said, I do think that home prices will probably come down next year. As of now, 5% to 10% declines in many markets seem reasonable to me.”

While many fear a housing crash is near, 25% of Americans do not believe a crash will happen next year. However, 22% of those respondents said the crash wouldn’t come “that soon.” They instead believe a housing market collapse could occur in the next two or three years.

Homeowners and prospective homeowners received some good news regarding mortgage rates recently, as Freddie Mac reported the third-consecutive decline on Dec. 1. The average 30-year fixed-rate mortgage came in at 6.49%--down from the prior week’s rate of 6.58%.

“Mortgage rates continued to drop this week as optimism grows around the prospect that the Federal Reserve will slow its pace of rate hikes,” said Sam Khater, Freddie Mac’s Chief Economist. “Even as rates decrease and house prices soften, economic uncertainty continues to limit homebuyer demand as we enter the last month of the year.”