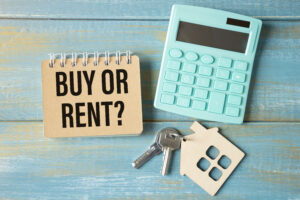 Renting is the less-expensive option for most Americans. Location is likely to be a determining factor when deciding whether to sign a lease or a mortgage.

That’s because cost is one of the biggest considerations, and that varies among cities. So the researchers at LendingTree, using U.S. Census data, compared the price of renting versus buying in 50 major metropolitan areas.

Taking what the team found into consideration, analyst Jacob Channel offers suggestions about spotting a potential homebuyer versus someone for whom renting might be the better option.

For any homeowner still paying off a mortgage, renting is likely cheaper than owning in each of the nation’s 50 largest metros.

On average, the difference between median gross rent and median housing-related costs for homes with a mortgage is $564 a month.

Channel notes that this is lower nationwide than in 2019, when renters paid some $593 less monthly.

“A combination of factors, including record-low interest rates that offset rising home prices, likely contribute to this smaller gap,” he notes.

That is the widest cost gap the researchers found, and unlike most of the cities examined, the gap in those areas has widened since 2019, when the difference was $1,221.

The narrowest expense gap was found in Orlando, Florida; Phoenix; and Jacksonville, Florida. In those cities it is still about $262 per month less to rent than to own, all housing costs considered, on average.

In a circumstance where the homebuyer does not have a current mortgage—say they have paid off the home, paid cash for the home or are not a previous homeowner—San Jose, San Francisco and San Diego show the widest gap, and Milwaukee, Cleveland and Buffalo show the narrowest.

The article on LendingTree.com breaks down the full ranking. The LendingTree author points out that renting might be the better option for someone who doesn’t plan on staying in one area for a long time or is looking for short-term savings.

He adds, “On the other hand, buying a home can be a valuable investment that turns out to be cheaper in the long term.”

Previous: YoY Home Prices Up Despite Recent Drops
Next: Redfin Looks to 2023