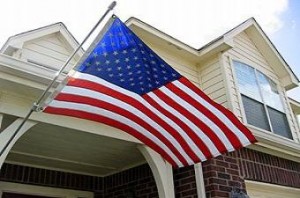 [1]In a year that's seen promising—albeit unspectacular—growth, economists agree that one sector of the U.S. economy disappointed: the housing market.

In a survey of 45 economists conducted by the Wall Street Journal [2], the panel largely agreed that throughout all of 2014, housing proved to be the weakest link in the economic chain, with weak household formations weighing down on demand and production.

A year ago, economists surveyed by the Journal had predicted housing starts would surge 20 percent over 2014 to an annual rate of 1.11 million, a prediction that quickly fizzled [3] as the year's opening months brought poor weather and even poorer home sales.

While new construction gained some life with the arrival of summer, numbers have failed to impress in the last few months [4]. As of December, the group now predicts starts will total 1.05 million.

For the overall economy, forecasters told the Journal they expect gross domestic product (GDP) will grow 2.2 percent in 2014, dialing back their prediction of 2.8 percent growth made last year. While second- and third-quarter reports have looked solid, the country spent much of the year's first half shaking off a weak first quarter, which saw GDP contract at an annual rate of 2.1 percent.

Despite missing on their predictions last year, the panel remains hopeful for 2015, forecasting 1.22 million housing starts and GDP growth of 2.9 percent as the job market continues to recover and wages pick up.