Discussing the Future of Housing 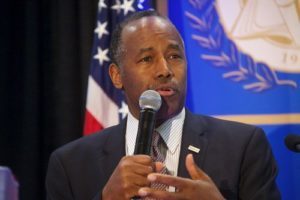 On Tuesday, the Five Star Institute announced that Dr. Benjamin Carson, United States Secretary of Housing and Urban Development will address industry leaders during a keynote at the 2019 Five Star Government Forum in Washington, D.C., on April 23, 2019.

A day-long gathering that brings together representatives from federal agencies and leaders from mortgage servicing and the government for an open dialogue on the policies that govern the mortgage and housing industries, the Five Star Government Forum is in its tenth year now.

“We are honored to host Secretary Carson at the 2019 Government Forum,” said Ed Delgado, President and CEO of the Five Star Institute. “HUD's leadership is essential to ensuring that homeownership is responsibly preserved, protected, and promoted through the promulgation of common-sense regulatory guidance. I look forward to hearing Secretary Carson discuss his vision for HUD and furthering the well-being of the United States housing market.”

In a discussion with Delgado during the forum in April 2018, he had answered questions on the future of HUD, housing affordability, and working with the mortgage industry for the greater benefit of homeowners. During the conversation, Carson told the assembled guests that he was proud of HUD’s work to “empower others and move them up the ladder.”

Speakers at this industry event are key influencers among industry professionals and their peers. With decades of combined experience, they’ve played integral roles in providing quality leadership to the federal government and the mortgage industry. Previous distinguished keynote speakers include:

Click below to register and know more about who will be speaking at the 2019 Five Star Government Forum.

Previous: A Matter of Succession
Next: Expansion Plans