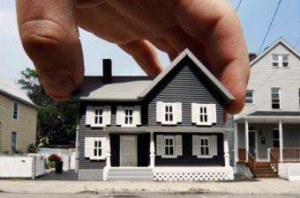 As the winter season presses on, the housing market is experiencing a seasonal slowdown in activity among home sales, prices, and inventory.

The RE/MAX National Housing Report for November 2015 showed that home sales in were down this month for the third time this year in 53 metros surveyed. The average number of home sales declined 22.6 percent from sales in October, almost double the normal November average of 12 percent. In addition, home sales are down 1.4 percent year-over-year, RE/MAX reported.

In November, 25 of the 53 metro areas reported higher sales year-over-year, with three recording double-digit increases. Augusta, Maine led the metros with the largest sales increases with a 24.5 percent rise, followed by Boise, Idaho, and Providence, Rhode Island, up 12.9 percent and 10.5 percent, respectively.

Home prices are still higher than they were last year, but have slowed over the last three months, making affordability less of an issue heading into winter.

“Moderating prices help keep homeownership more affordable as we approach the end of a year that saw prices reach pre-recession levels in many markets. Even with anticipated rate hikes, mortgage rates are near historic lows, which also helps home affordability. Many homebuyers find better availability and affordability in the winter months, before the traditional spring buying season starts,” said Dave Liniger, RE/MAX CEO, Chairman of the Board and Co-Founder.

“Even with anticipated rate hikes, mortgage rates are near historic lows, which also helps home affordability.”

RE/MAX also found that "even though prices have been moderating, a low inventory supply continues to pressure prices."

According to the report, the median price of homes sold in November was $200,950, down 0.5 percent month-over-month but still 4.1 percent higher than last year. The average price increase over the same month last year for the first 11 months of 2015 was 7.2 percent.

Although home prices have now risen for 46 consecutive months on a year-over-year basis, those increases have become smaller over the last 90 days.

Previous: GSEs Finish Credit Risk Sharing for 2015 on a Strong Note
Next: The More the Merrier: Altisource Adds a Few More Seats to the Family Dining Table