The nation's foreclosure inventory fell to its lowest level in almost seven years in November, but the percentage of delinquent mortgage loans is on the rise, according to Black Knight Financial Services' November 2014 "First Look" at Mortgage Data.

Delinquent mortgages, which are those more than 30 days overdue but not in foreclosure, jumped by 12 percent from October to November, according to Black Knight. While there is somewhat of a seasonal aspect to the increase (the delinquency rate has gone up month-over-month in six of the last seven Novembers), the 12 percent spike is the largest month-over-month increase since 2008, Black Knight reported.

The foreclosure inventory rate, which is the percentage of mortgage loans in any state of foreclosure, stood at 1.53 percent for November, its lowest level for any month since January 2008, Black Knight reported. The number of properties in the U.S. in pre-sale foreclosure inventory fell by 29,000 from October to November down to 829,000 (a decline of 3.5 percent) and dropped by 427,000 from November 2013 (a decline of 34.7 percent), according to Black Knight.

Foreclosure starts nationwide have also fallen to levels not seen since before the housing crisis. Foreclosure starts fell by 9.2 percent month-over-month and 29.5 percent year-over-year down to 73,900, the lowest level since May 2006, according to Black Knight. The number of properties 30 days or more delinquent or IN foreclosure skyrocketed month-over-month by 300,000 (up to 3.91 million) but year-over-year took a big tumble (down by 580,000 since last November).

The number of mortgage loans that were 90 days or more past due but not in foreclosure increased from October to November by 62,000 (up to 1.16 million) but declined year-over-year by 120,000 properties, according to Black Knight. 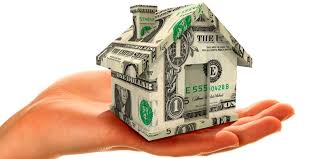