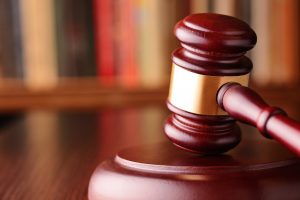 The Florida Supreme Court has held that a bank was entitled to foreclose its reverse mortgage despite the fact the co-mortgagor still resided at the property. WVMF Funding v. Palmero, 2021 WL 2583960 (Fla. June 24, 2021). The Court refused to deviate from its established precedent which prioritized the terms of the note in the event of a conflict between the note and mortgage.

In Palmero, Roberto Palmero and his wife initially applied as co-borrowers for a reverse mortgage loan. Sometime during the application process, they decided only Mr. Palmero would apply for the loan because he qualified for a higher monthly payment as a sole borrower than the Palmeros would have received as co-borrowers. Only Mr. Palmero signed the note which identified him as the borrower and Mrs. Palmero as the “Non-Borrower Spouse.” Both the Palmeros signed the reverse mortgage.

After taking out the loan, Mr. Palmero passed away, a trigger event for acceleration of the reverse mortgage loan. The bank-initiated foreclosure proceedings against the Palmero estate, which Mrs. Palmero opposed on the basis that the subject property was her principal residence, and she was a surviving co-borrower under the terms of the reverse mortgage. Both the note and mortgage conditioned enforcement of the debt on the fact the mortgaged property was “not the principal residence of at least one surviving Borrower.” The trial court concluded that Mrs. Palmero was not a surviving borrower as defined by the note. However, the trial court denied foreclosure based on other grounds not pertinent here.

The bank appealed to the Third District Court of Appeal (DCA), which disagreed with the trial court’s conclusion that Mrs. Palmero was not a co-borrower. The Third DCA found “as a matter of law” the “mortgage unambiguously defined [Mrs. Palmero] as a ‘Borrower’” so foreclosure was not appropriate since the property was Mrs. Palmero’s principal residence. The bank appealed that decision to the Florida Supreme Court which accepted jurisdiction to resolve the conflict between its earlier holdings in Graham and Krickl, and the Third DCA’s holding in OneWest Bank FSB v. Palmero, 283 So. 3d 346 (Fla. 3d DCA 2019). In both Graham and Krickl, the Court concluded the note and mortgage “must be construed together” and if there was “a conflict between the two documents” the “note prevails.”

Applying this precedent, the Florida Supreme Court explained that “both the mortgage and the note expressly define[d] Mr. Palmero as the ‘Borrower’ and that “all of the other documents consistently show[ed] that the parties intended for Mr. Palmero to be the sole ‘Borrower.’” Although Mrs. Palmero signed the mortgage in the “Borrower signature block,” the location of her signature did not “make her a co-borrower” as “a matter of law.” The Court concluded that the Third DCA’s holding “ignore[d] not only that the mortgage expressly defines Mr. Palmero as the ‘Borrower,’ but it also ignores that this Court’s foreclosure precedent requires courts to read the mortgage together with the note it secures …”

The Court reiterated that the note identified Mr. Palmero as the sole borrower–part of what was “bargained-for” by the Palmeros so they could receive a higher monthly payment–and the note terms prevailed over the mortgage. The Court refused to differentiate between a reverse mortgage, and a traditional mortgage as proposed by the dissent explaining both the note and mortgage need to be read together, the note being the operative and prevailing document between the two. The note clearly identified Mr. Palmero as the sole ‘Borrower.” The Court quashed the Third DCA’s denial of foreclosure concluding that Mrs. Palmero was not a “surviving co-borrower” as defined by the note so the fact the property remained her principal residence was inconsequential.