""HUD's Office of the Inspector General"":http://portal.hud.gov/hudportal/HUD?src=/program_offices/oig (OIG) reviewed more than 250 loans from 15 lenders and found that nearly half of those loans did not meet the ""Federal Housing Administration's"":http://www.hud.gov/offices/hsg/fhahistory.cfm (FHA) guidelines.

The OIG launched Operation Watchdog in January 2010 to examine loans from the lenders to monitor the lenders' compliance.

About 49 percent of the 284 loans reviewed had areas of noncompliance including misstatements of a borrower's income or employment history, assets, liabilities, credit history, and investments.

The OIG said the noncomplying loans resulted in actual or expected losses to the FHA insurance fund of more than $11 million. The office recommends that HUD take action against each lender for the infractions and says the lenders could be in store for a hefty fine.

""The lenders' improper certifications could result in affirmative civil enforcement actions of more than $23 million,"" the ""report"":http://www.hud.gov/offices/oig/reports/files/ig11cf1801.pdf said.

[COLUMN_BREAK] Of the 140 loans that did not meet FHA requirements, the OIG's report says lenders did not properly calculate or verify borrowers' income, determine income stability, or verify employment history for 57 loans.

The data also shows that the sooner a borrower defaulted and the loan reached claim status, the higher the likelihood the loan did not meet FHA underwriting standards.

Of the 140 loans that were noncomplying, borrowers made an average of five payments before defaulting, and on 19 of the loans, not a single payment was made before default.

The OIG's report says HUD missed critical opportunities to recover losses on loans that did not meet FHA requirements. Because HUD did not have a formal process to review claims, the agency paid claims on defaulted loans that should never have been insured.

According to the report, ""In recent years, HUD has experienced exponential growth in the dollar amount of single-family claims paid from the FHA insurance fund.""

This year HUD estimated that it would pay out more than $20 billion in fiscal year 2011 for all forms of payments from the insurance fund, a nearly 31 percent increase from 2010. 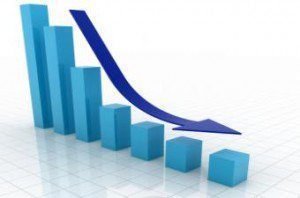