As predicted by many reports following the recent settlement proposal from the state attorneys general and several federal agencies, servicers are not reacting with enthusiasm to the terms offered.

One of the biggest conflicts in coming to an agreement is the proposed punishments servicers will have to face as consequences for their role in last year's robo-signing mess. Though nothing has been confirmed, hefty fines and/or principal reductions are projected to be in development.

The reaction from banks and other industry participants has been less than receptive.

In a call with investors on Tuesday, ""Bank of America"":http://www.bankofamerica.com/ CEO Brian Moynihan said the bank's goal is to have a modification that is fair for all customers.

Reducing principal balances on defaulted loans or for bankruptcy cases would not be fair to underwater homeowners who have struggled but remained current, he said.

Echoing his sentiment, Senator Richard Shelby of Alabama claimed the settlement is nothing more than bullying, and doesn't reflect a punishment appropriate for the grievances committed by servicers.

""This proposed settlement appears to be an attempt to advance the administration's political agenda, rather than an effort to help homeowners who were harmed by a servicer's actual conduct,"" he said.

And according to the ""New York Times"":http://www.nytimes.com/, even Iowa Attorney General Tom Miller, who has been the leader in developing a settlement with servicers, said coming to a fair and viable agreement will be tricky.

The newspaper reported, ""Tom Miller of Iowa acknowledged on Monday that too generous a program might encourage homeowners to walk away from properties where the value of the loan exceeded how much the underlying property was worth.""

Though that is a risk, Jonathon Ende, CEO of ""FreeMortgageFix.com"":http://www.freemortgagefix.com, says right now it only makes sense for banks to write down principal balances.

FreeMortgageFix.com is a Web site that allows users to determine if they would be eligible for a modification.

The Web site calculates the net present value of a potential modification, and according to Ende, ""in almost all cases it makes sense for banks to comply. It doesn't make sense fiscal sense for them to foreclose.""

Not only that, Ende believes it is in no way unreasonable for law makers to request such actions from banks.

""It's absolutely reasonable when tied to nonperforming assets. It only makes sense to right the industry,"" he said. 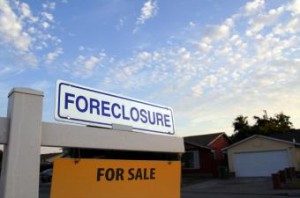