Word on the street is that ""Goldman Sachs"":http://www.goldmansachs.com is looking to sell off its mortgage servicing arm, Texas-headquartered ""Litton Loan Servicing"":https://www.littonloan.com/.

The _New York Times_ says Litton never proved to be the distressed mortgage cash-cow that Goldman had hoped, while the _Wall Street Journal_ reports that the servicing unit is indeed unprofitable at the moment. Industry data show that Litton's servicing portfolio has contracted by nearly 35 percent over the last two years.

Others have zeroed in on the company's recent trouble with internal foreclosure procedures and the defective affidavits that have turned up in Litton's and other's court filings as the possible motive behind Goldman's decision to dissolve the affiliation.

Litton suspended foreclosure proceedings in certain states last fall when the robo-signing story broke in order to conduct an internal review of its own processes. The company has since resumed some of these activities.

Goldman said in a recent regulatory filing that Litton has been subject to the regulatory probe into the practices of lenders and servicers in connection with foreclosure proceedings. The parent company says Litton is cooperating with the investigation, which could result in the imposition of fines or other regulatory action.

Analysts have ventured that Goldman may find it difficult to pull together a convincing sales pitch since any buyer's first order of business will be the legal wrangling that could come from investors over loan buybacks, as well as contentious negotiations between Litton, at least 13 other servicers, and federal and state officials to arrive at a settlement over their robo-signing practices.

Goldman Sachs purchased Litton in 2007 for $428 million, on top of the more than $900 million the investment firm anted up to cover the mortgage servicer's outstanding debt at the time.

This is not the first time rumors have surfaced that Goldman was looking to offload Litton Loan Servicing. A year ago, the same chatter was heard, but Goldman refuted claims that it was shopping the business unit.

Market observers say now, though, it appears that Goldman Sachs is trying to tighten up its operations and return the company's focus to its core business of global investment banking and securities trading, before the mortgage industry gets hit with what's expected to be a business-changing rulebook of new regulations surrounding loan servicing.

A spokesman for Goldman confirmed to the _Wall Street Journal_ that the firm ""is exploring strategic options for Litton Loan Servicing, which include a possible sale.""

Though Millions Remain in Forbearance, Numbers Are Decreasing 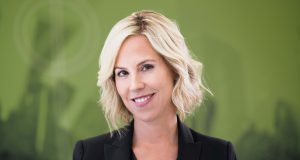