Government, Agents, Lenders, Vendors: One United Force When It Comes to HAFA

The administration's Home Affordable Foreclosure Alternatives (HAFA) program is in effect, and players from every corner of the industry Ã¢â‚¬" agents, lenders, and technology vendors Ã¢â‚¬" are teaming up and working in unison to help ensure the short sale program's success.

Monday evening, on HAFA's debut, ""RE/MAX"":http://www.remax.com co-founder and chairman Dave Liniger held an informational Webinar for the company's agents, broadcast live from the RE/MAX studios in Colorado. Liniger pulled in some heavy-hitters to provide his agents with the insight, answers, and tips they need to become integral spokes in the HAFA wheel.

First on stage was one of the administration's driving forces behind the HAFA plan, Laurie Maggiano, policy director of the Treasury's homeownership preservation office. Maggiano delved deep into the HAFA workings, touching on everything from second lien holder participation and pay-off incentives to the fact that GSE loans currently are not eligible for the program.

She even encouraged real estate agents to step up and provide the Treasury with feedback on the program and suggested they submit any issues directly to the Department, particularly if they haven't received an answer on a short sale offer within the 10-day window as directed under HAFA for borrowers that don't qualify for a federal modification. That window expands to 30 days if the borrower hasn't applied for a mod but comes to the servicer with a short sale already in hand.

Maggiano told DSNews.com following the Webinar that while there may be some additional ramp-up time for smaller servicing shops to be fully equipped to handle the influx of short sale requests, large servicers are ready, with dedicated staff on hand to manage the expected increase.

""We learned a lot from the rollout of HAMP [Home Affordable Modification Program],"" Maggiano said, when asked if HAFA would have the same logistical hurdles as the government's modification program. She pointed out that servicers have had since November, when HAFA was first announced, until now to prepare.

""We're cautiously optimistic that they're ready to go"" and have their staff and processes in place to hit the ground running, Maggiano said.

In the interview with DSNews.com, Maggiano said Bank of America had already received 20 HAFA applications on the program's first day, and Wells Fargo, too, was ""moving full speed ahead."" She stressed that the Treasury has significantly streamlined the program in order to help servicers and borrowers alike avoid the financial and social pitfalls of foreclosure.

Matt Vernon, short sale and REO executive for ""Bank of America Home Loans"":http://www.bankofamerica.com, was also on hand, and he explained how BofA is taking the streamline even one step further. The nation's largest mortgage lender is working side-by-side with the Los Angeles-based technology firm ""Equator"":http://www.equator.com to automate its short sale process Ã¢â‚¬" a venture ""DSNews.com first reported"":http://dsnews.comarticles/bofa-implements-equator-reotrans-platform-as-short-sales-gain-ground-2009-10-22 on back in October.

Vernon stressed to the RE/MAX crowd that it is very important for Bank of America to solicit the help of experienced real estate agents to successfully maneuver the short sale transaction. In line with that sentiment, the bank has begun accepting short sale requests directly from agents on behalf of borrowers through the Equator platform Ã¢â‚¬" a direct fast-track ""feature that Equator added"":http://dsnews.comarticles/equator-now-accepting-agent-initiated-short-sales-2010-01-28 to the system in late January.

The RE/MAX webinar was sponsored by Bank of America Ã¢â‚¬" an effort to ensure the company's agents are fully informed of the bank's short sale procedures and acclimated with the Equator technology in place. And to do their part to pull short sale agents into the mix, Saitta explained that his company's system is free for agents to use.

Saitta summed it up nicely when he said, ""We're all involved in this community.""

2010-04-06
Carrie Bay
Previous: How Did Some Housing Markets Bypass the Bust?
Next: Manhattan Housing Market Returning to Normal: Report 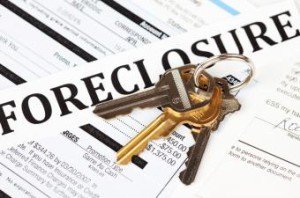