Home prices will increase over the next three years as the economy expands and servicers work through their distressed inventories, according to a report from ""Moody's Analytics."":http://www.moodysanalytics.com/ However, the firm predicts rising prices will not be enough to offset anticipated rising loss severities.

Home prices will rise about 4.2 percent between the fourth quarter of last year and the fourth quarter of 2015, according to Moody's. ""Not only will several years of solid job and household growth help home values by the end of this period, housing markets throughout the nation will have worked off most of the remaining distressed inventory,"" Moody's said in its report.

Moody's predicts foreclosures will have less of a hold on home prices in years to come as ""fundamentals that normally drive house prices"" come back into play, including ""job growth, demographics, affordability, and supply conditions.""

However, the transition from the current heavy foreclosure influence on prices will not happen overnight.

Distressed and foreclosed homes ""will still distort house price trends over the next year or two, but to a far lesser extent, particularly for the states with especially wild swings,"" Moody's said.

States with lengthy foreclosure timelines will continue to be hindered by their foreclosure inventories, but the slow pace will prevent a flood on the market.

Nationally, the market holds about 3 million homes in serious delinquency or foreclosure--which is about 3 times the normal level, according to Moody's.

Foreclosures increased 12 percent year-over-year in February, according to RealtyTrac. However, Moody's points out a few states claim the lion's share of this increase--New York, New Jersey, Illinois, Ohio, and Florida. When these states are taken out of the equation, foreclosures declined 11 percent over the year.

Outward economic factors will play positively on housing markets in the South and West, while the Northeast and Midwest will continue to struggle in the near future.

Regardless of the overall price increased expected across the nation, Moody's expects residential mortgage-backed securities (RMBS) loss severities to remain elevated for the next year.

Almost 40 percent of delinquent loans have been delinquent for three or more years, which translates to much greater losses than on loans in delinquency for shorter time periods.

Aged delinquencies are more likely to encounter hiccups with titles, documentation, and judicial backlogs, while expenses continue to accumulate.

Bank of America and Chase hold high levels of delinquencies aged three years or more--46 percent and 43 percent, respectively--when compared to their counterparts, according to Moody's.

Therefore, they ""will generally realize higher loss severities than others,"" Moody's said. 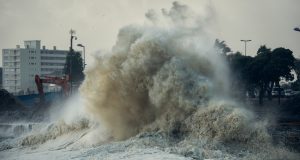 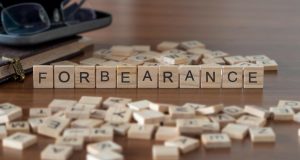