Existing-home sales rose 0.6 percent in April to an annual sales rate of 4.97 million, the highest level since November 2009, the ""National Association of Realtors"":http://www.realtor.org/news-releases/2013/05/april-existing-home-sales-up-but-constrained reported Wednesday. Economists had expected a 1.6 percent increase to 5.0 million from March's original report of 4.92 million sales. March sales were adjusted upward to 4.94 million.

Recently, though, inventory has edged up, consistent with the increase in the median price of an existing-home, which has risen in five of the last six months. The number and months supply of home for sale has gone up for three straight months.

The monthly NAR report--which tracks closings--increased despite a drop in NARÃ¢â‚¬â„¢s pending home sales index (PHSI) two months ago. The PHSI tracks contracts for sale.
The increase in closings was consistent, though, with the improvement in builder confidence reported last week by the National Association of Home Builders, which said its Housing Market Index increased in May for the first time this year. Homebuilders reported an increase in buyer traffic, meaning more people shopping for homes.

According to the NAR data, April home sales were up 9.7 percent over sales a year earlier, a slightly slower improvement than the 10.8 percent year-over-year gain reported for March. The median price too showed a modestly slower annual gain: 11.0 percent for April.

After falling to a cyclical low in August 2010, existing home sales had been improving steadily-helped by the federal homebuyer tax credit program until seeming to plateau since last November.

Although the sales pace fell short of forecasts, NAR Chief Economist Lawrence Yun described the housing results as ""robust"" and said the ""market recovery is occurring in spite of tight access to credit and limited inventory.""

The smaller discounts for foreclosures and short sales in the last month suggests some market firming.

First-time buyers, the NAR said, accounted for 29 percent of purchases in April, compared with 30 percent in March and 35 percent in April 2012.

All-cash sales were at 32 percent of transactions in April, up from 30 percent in March; they were 29 percent in April 2012. 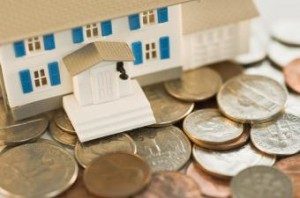