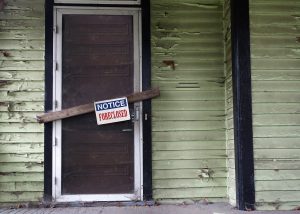 ATTOM’s latest Vacant Property and Zombie Foreclosure Report for Q2 shows that 1.3 million (1,304,007) residential properties in the nation currently sit vacant, representing 1.3% of all homes in the U.S., or one in 76 homes.

Zombie foreclosures refer to properties where a homeowner is presented with a pending foreclosure notice, and abandons their house before legally necessary, as the house slowly falls into disrepair and a state of dilapidation.

"The incidence of zombie-foreclosures tends to be higher in cases where the foreclosure process has dragged on for many months and sometimes even for years," said Rick Sharga, EVP of Market Intelligence at ATTOM. "We're now seeing properties where the borrower was already in default prior to the government's moratorium re-enter the foreclosure process, and undoubtedly some of these homes will have been vacated over the past 26 months."

The second quarter of 2022 marks the third consecutive quarter that the count of pre-foreclosure properties has gone up since a nationwide foreclosure moratorium, imposed early during the Coronavirus pandemic, and lifted nearly 12 months ago at the end of July 2021.

"According to our equity report, almost 90% of homeowners in foreclosure have positive equity," Sharga noted. "Having equity gives financially-distressed homeowners an opportunity for a relatively soft landing–selling their home at a profit rather than losing everything to a foreclosure. That factor alone should keep the number of zombie foreclosures from rising too much."

ATTOM noted the number of zombie foreclosures does remain down 6.3% from one year ago, and continues to represent just a small segment of the nation's current inventory of 99.7 million residential properties. Just one of every 13,171 homes in Q2 were vacant and in some stage of foreclosure. The portion of pre-foreclosure properties that have been abandoned into zombie status also continues to decline, down from 3.6% a year ago to 3.2% in Q1 of 2022, and 2.9% in Q2 of this year. But the recent increase in zombie properties is the first since the moratorium ended. The portion of all residential properties sitting empty in the foreclosure process has grown 1.9% in Q2, up from one in 13,424 in Q1.

Among metropolitan statistical areas in the U.S. with at least 100,000 residential properties and at least 100 properties facing possible foreclosure in Q2, the highest zombie rates were found in:

Among the roughly 3,300 foreclosed, bank-owned homes/REO properties in the U.S. during Q2, 10.8% were vacant. In states with at least 50 bank-owned homes, the largest vacancy rates were found in:

The highest zombie foreclosure rates in U.S. counties with at least 500 properties in the foreclosure process during Q2 were found in:

On the other end of the spectrum, the lowest zombie rates among counties with at least 500 properties in foreclosure in Q2 were found in:

Among 424 counties with at least 50,000 residential properties, those with the largest portion of total homes in zombie foreclosure status in Q2 were found in: