""Habitat for Humanity Greater San Francisco"":http://www.habitatgsf.org has begun acquiring bank-owned homes as part of its new Neighborhood Revitalization Program. The nonprofit organization says its program is the first of its kind to combat the foreclosure crisis in the San Francisco Bay Area.
Habitat has committed $500,000 to launch the program, and is partnering with the city of ""Menlo Park"":http://www.ci.menlo-park.ca.us/, which is investing an additional $500,000. With this combined initial investment of $1 million, Habitat plans to acquire and rehabilitate five vacant bank-owned properties in the Belle Haven neighborhood of Menlo Park, which will then be made available to local families for affordable homeownership.
The nonprofit housing group said it is looking to expand the program following this initial pilot phase, and eventually hopes to extend its REO purchases to other areas in the surrounding communities that have been hard-hit by the foreclosure crisis.
Heyward Robinson, mayor of Menlo Park, said, ""I have seen first-hand the impact of foreclosures on Menlo Park and know that we must take immediate action to address the problem. I'm grateful that we have a community that is willing to step up and address this challenge when the federal and state governments couldn't.""
Robinson added, if the Habitat for Humanity Greater San Francisco-City of Menlo Park initiative proves successful, it could serve as a blueprint for other communities attempting to cope with the foreclosure crisis.
Over the past year, foreclosure signs have become an all too common sight in the Bay Area and around the country. Yet ""San Mateo County"":http://www.co.sanmateo.ca.us/portal/site/SMC/menuitem.a88d6f89ea43ed44e4a0f0e6e17332a0/xvgnextoid=65b714d7a5386110VgnVCM1000001e37230aRCRD&vgnextfmt=default&cId=1de9ae4787647110VgnVCM1000001e37230a____, where Menlo Park is located, has maintained a relatively low foreclosure rate. At less than one percent, the county's foreclosure rate has obscured the problem in places like the Belle Haven neighborhood of Menlo Park and other local communities where foreclosure rates are four to six times higher than comparable areas.
Communities are hard-pressed to deal with the growing glut of homes that are standing vacant, in many cases blighted, and having a devastating effect on their local neighborhoods. Unlike other communities in the Bay Area, San Mateo County was ineligible for federal neighborhood stabilization funds, leaving communities like Menlo Park that are facing growing instability in their housing markets to their own workable solutions without federal assistance.
Habitat for Humanity's Neighborhood Revitalization Program represents a public-private initiative, drawing support from many sectors of the community to help revitalize local neighborhoods destabilized by the crisis. Utilizing the work of the architecture firm ""Saida + Sullivan"":http://www.saidasullivan.com, the visual impact of the rehabilitation project will transform a neglected property into what Habitat calls ""a beacon of community hope.""
Families selected for the new program will help with the reconstruction and refurbishment of the homes as part of the standard sweat equity requirement of the Habitat program. They will also have access to the same terms of Habitat's homeownership program, including no downpayment and a zero-interest mortgage, to purchase their homes. They will also be required to participate in Habitat's standard homeownership education and training - a standard the organization says has kept its foreclosure rate at less than one percent locally and around the country.
Through its Neighborhood Revitalization Program, ""Habitat for Humanity Greater San Francisco"":http://www.habitatgsf.org says its goal is to acquire and rehabilitate at least 15 additional homes over the next two years to help put local neighborhoods that are at risk of decline on the path to recovery. The nonprofit said it is ""especially eager to see banks and lending institutions step up,"" adding that banks looking to remove toxic mortgage assets off their books will find a partnership with Habitat Greater San Francisco to be an ideal solution for creating responsible and affordable homeownership opportunities.

Maintaining REO Business During a Pandemic 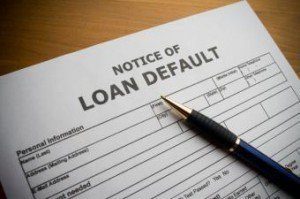 While the composite index was unchanged across the month, did the share of mortgages that were late rise?