Report: Housing Market 61% ‘Back to Normal’

The housing market made it to 61 percent ""back to normal"" in May, according to the latest Housing Barometer from ""Trulia"":http://www.trulia.com/.

May's percentage is the first time the recovery has passed 60 percent since the crash. April's barometer was 54 percent. A year ago, the barometer was at only 35 percent.

All three metrics improved in May, with starts and sales rising and the delinquency/foreclosure rate falling.

According to the May report from the Census Bureau, starts were at a seasonally adjusted annual rate of 914,000, up 7 percent from April but still below February and March. On the sales side, the National Association of Realtors reported a 4 percent increase in May to a seasonally adjusted annual rate of 5.18 million. Overall, starts are about 43 percent back to their normal level of 1.5 million, while sales are 82 percent back to normal.

Meanwhile, the share of mortgages in delinquency or foreclosure dropped to 9.13 percent in May. The combined rate is 57 percent back to normal.

""The recovery has reached full-fledged teenager status, with awkward, sudden growth spurts and parents--the Fed--who now threaten to take away its allowance by winding down measures that pushed mortgage rates down to historic lows,"" said Jed Kolko, chief economist at Trulia. ""Before long, the recovery should make it into adulthood, but it will face some grown-up challenges in the next couple of years: still-tight mortgage credit for many borrowers, a slow jobs recovery for young adults, and unaffordable housing in large coastal markets.""

Previous: Survey: Agents Expect Prices to Rise, but in Smaller Increments
Next: Commentary: Drumbeats of a Coming Slowdown 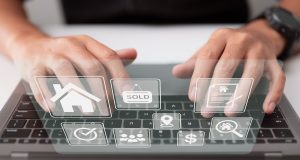 Is a Market Cooldown Imminent?