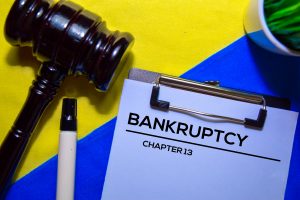 The U.S. Bankruptcy Court for the Western District of Kentucky has put an end to debtor Helen Mitchell’s (“Mitchell” or “Debtor”) abuse of the bankruptcy process by the Court’s recent Memorandum-Opinion which included a two-year bar on subsequent bankruptcy filings or stays. In re Mitchell, Case No. 19-31949(1)(13), 2021 WL 2546670, at *5 (Bankr. W.D. Ky. June 21, 2021), Mitchell executed a note and mortgage in 1999 which created a lien on Mitchell’s real property located in Louisville, Kentucky (“the Property”). Mitchell later defaulted under the terms of the note and mortgage. She filed for bankruptcy protection in 2011, but that case was dismissed due to Mitchell’s failure to appear for the First Meeting of Creditors.

Upon reviewing Mitchell’s multiple bankruptcy cases, the Court concluded Mitchell’s bankruptcy history comprised “a textbook portrait of delay, abuse and bad faith resulting in an abuse of the bankruptcy process.” The Court surmised the underlying motivation for Mitchell seeking bankruptcy protection was to “thwart … U.S. Bank’s efforts to foreclose on the Real Property …” and prevent US Bank “from pursuing lawful actions to recover funds loaned to [Mitchell] which she … failed to repay.” The court also pointed out US Bank was owed well in excess of the Property value and Mitchell, despite being ordered to do so, failed to make any good faith monthly payments toward the mortgage debt “during the enormous delays herein …”

The Court dismissed Mitchell’s Chapter 13 bankruptcy case with prejudice, and entered an order prohibiting Mitchell from filing a new bankruptcy petition that would stay US Bank’s foreclosure efforts. The Court also barred Mitchell from filing any bankruptcy petitions for 180 days in the Western District of Kentucky. Although this was a good result for US Bank, Mitchell was still able to delay the foreclosure proceedings for years. Hopefully, more Bankruptcy Courts will follow the Western District’s lead and stop debtors from abusing the bankruptcy process.

Patricia L. Johnson is Senior Litigation Associate with Diaz Anselmo & Associates’ Covington, Kentucky office. Patricia practices in the area of creditors’ rights, including foreclosure and bankruptcy. Her background includes examination of title and residential real estate transactions. She may be reached by phone at (630) 780-9247 or e-mail [email protected]